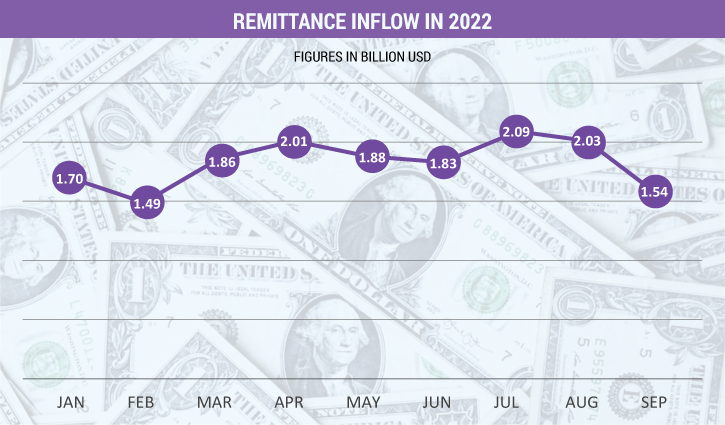 Compared to the inflow of $2.03 billion in August, September’s receipts were down by a quarter, a development that may make the exchange rate further volatile.

According to Bangladesh Bank data released on Sunday, September 2022’s inflow of remittances was the lowest in the last seven months.

Expatriate Bangladeshis sent back $5.67 billion in the July-September quarter of the current fiscal year.

Bangladeshis remitted over $21 billion in the fiscal year 2021-22 and nearly $25 billion in 2020-21 when the world was in lockdowns and supply chain disruptions.