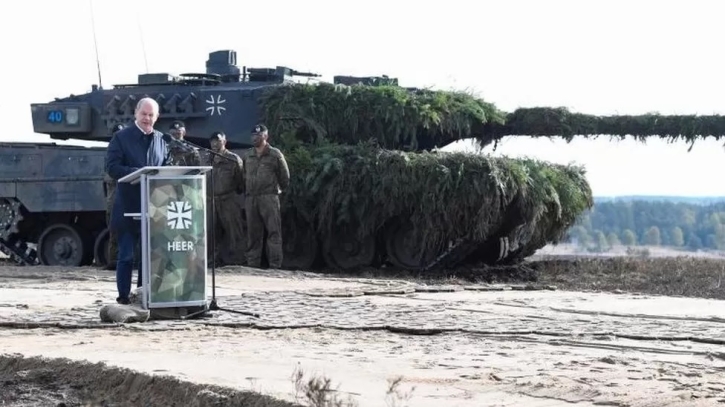 After months of reluctance, the US and Germany reportedly plan to send tanks to Ukraine, in what Kyiv hopes will be a game-changer on the battlefield.

Russia’s ambassador to the US blasted the news as “another blatant provocation”.

Ukrainian officials have said such shipments could help its forces seize back territory from the Russians.

Until now, the US and Germany have resisted internal and external pressure to send their tanks to Ukraine.

Washington has cited the extensive training and maintenance required for the high-tech Abrams.

Berlin has expressed caution about Nato becoming a direct party to the war with Russia.

Citing anonymous sources, US media outlets are reporting that an announcement regarding Abrams shipments to Ukraine could come as soon as Wednesday.

Unnamed officials were cited as saying at least 30 of the vehicles could be sent.

The timeline of any potential delivery, however, remains unclear.

According to US media reports, German officials had privately insisted they would only agree to the transfer of Leopard 2s to Ukraine if the US also sent M1 Abrams.

“If the Germans continue to say we will only send or release Leopards on the conditions that Americans send Abrams, we should send Abrams,” Democratic Senator Chris Coons, a Biden ally, told Politico on Tuesday.

Britain has already said it will send Challenger Two tanks to Ukraine.

Poland this week said it wants to send Leopard 2 tanks to Ukraine, but they are made in Germany and so Berlin needs to approve their export.

At least 16 European and Nato countries have the Leopard 2 tanks, according to the International Institute for Strategic Studies.

Not all will send tanks to Ukraine - but Mr Scholz’s apparent decision now means they can, should they wish.

Ukraine is still unlikely to get the 300 modern main battle tanks it says it needs to win the war.

But if half a dozen Western nations each provide 14 tanks, then that would bring the total to nearly a hundred - which could make a difference.

Western tanks - including the UK’s Challenger 2, Germany’s Leopard 2 and the US-made Abrams - are all seen as superior to their Soviet-era counterparts, like the ubiquitous T-72.

They will provide Ukrainian crews with more protection, speed and accuracy.

But Western modern main battle tanks are not a wonder weapon or game-changer on their own. It’s also what’s being supplied alongside them.

In recent weeks, there’s been a step change in heavy weapons being supplied by the West - including hundreds more armoured vehicles, artillery systems and ammunition.

Combined together, they are the kind of military hardware needed to punch through Russian lines and to retake territory.

If Ukrainian troops can be trained and the weapons delivered in time, they could form key elements of any spring offensive. A missing element for offensive operations is still air power.

Ukraine has been asking for the West to provide modern fighter jets since the war began. So far, none has been delivered.

There has been no official statement from the German government yet. The chancellor is due to address the German parliament on Wednesday morning.

However, Marie-Agnes Strack-Zimmermann of the liberal FDP party, who chairs the defence committee of the German parliament, welcomed the reports.

“The decision was tough, it took far too long, but in the end it was unavoidable,” she said, adding that it would come as a relief to “the battered and brave Ukrainian people”.

Allied nations had become frustrated at what they perceive as German reluctance to send the armoured vehicles in recent days.

German Defence Minister Boris Pistorius earlier said that Berlin had given other nations the green light to train Ukrainians to use Leopard 2 tanks, but did not commit to sending their own.

The Ukrainian president’s chief of staff, Andriy Yermak, on Tuesday called on Western countries to give Kyiv hundreds of tanks to form a “crushing fist” against Russia.

“Tanks are one of the components for Ukraine to return to its 1991 borders,” he wrote on Telegram after the reports emerged of Germany agreeing to send tanks.

Anatoly Antonov, the Russian ambassador to Washington, wrote on Telegram: “If the United States decides to supply tanks, then justifying such a step with arguments about ‘defensive weapons’ will definitely not work.

“This would be another blatant provocation against the Russian Federation.” 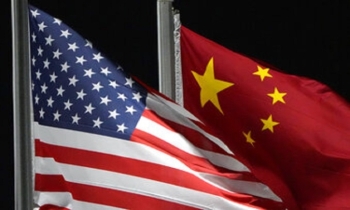 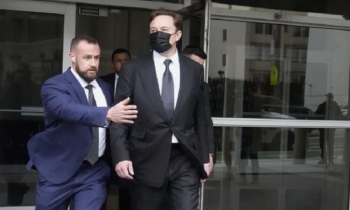 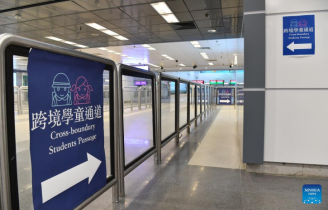