10 killed in US supermarket shooting 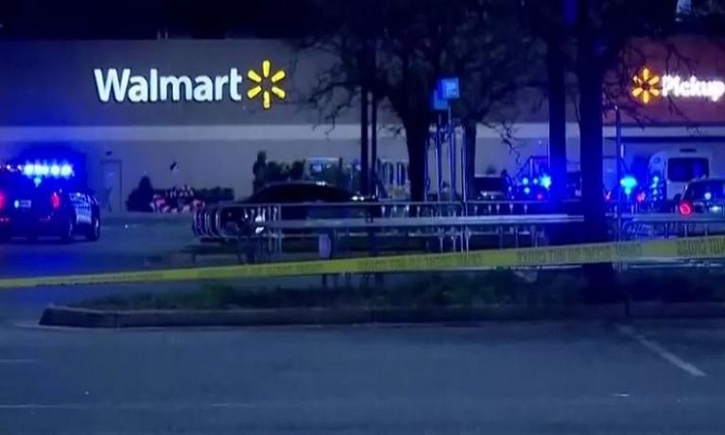 A store manager is believed to have opened fire at a Walmart in Virginia. Photo: Collected

At least 10 people were killed in a gun attack inside the Walmart supermarket in Chesapeake, in the US state of Virginia, according to police.

A man believed to be the manager of the store opened fire then turned the gun on himself and is now dead, reports BBC.

The City of Chesapeake tweeted police confirm an active shooter incident with fatalities at the Walmart.

There are few details, but a police officer spoke of no more than 10 people killed and multiple injured. Further details including the motive behind the attack could not be known immediately.

Police told reporters that the attack happened around 22:12 local time (03:12 GMT). Pictures on social media showed a heavy presence of police at the scene.

The shooting happened inside the store, and the suspect carried out the attack alone, Spokesperson Leo Kosinski told the media.

Besides, the Walmart authorities said it was shocked at this tragic event and that it was working closely with the members of law enforcement agencies.

Democratic Senator for the state of Virginia Mark Warner in a tweet message said that he was "sickened by reports of yet another mass shooting".

Tuesday evening’s attack comes just days after a gunman opened fire at an LGBT nightclub in the US state of Colorado that killed five people and injured 17 others.

A mass shooting at a Walmart in the city of El Paso in Texas took place in 2019 that left 23 dead.