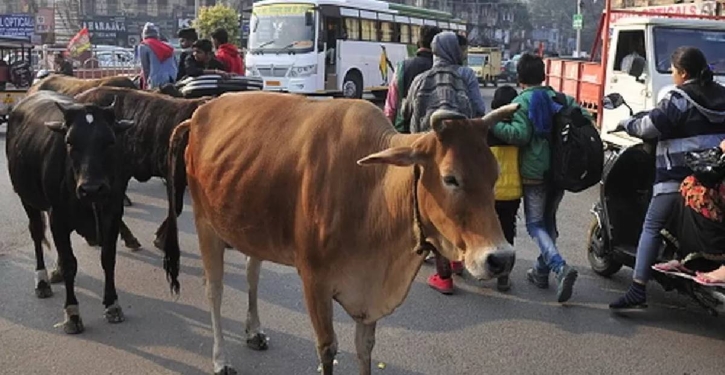 A court in the western Indian state of Gujarat has handed a six-month jail sentence to a man for letting his cattle stray on the streets.

Gujarat is among several Indian states facing an increasing problem of stray cattle on its streets.

The court said the punishment was imposed to serve justice since such offences are on the rise.

Cows are sacred animals for India's majority Hindu community, and slaughtering them is illegal in 18 states, including Gujarat.

In 2017, Gujarat tightened its cow protection laws by notifying that those slaughtering a cow could be punished with a life sentence.

An unintended consequence of that decision has been a large number of cattle roaming the streets, causing traffic snarls, attacking people or landing up at charitable cattle shelters.

In its order, the court said that because of owners leaving stray cattle on the roads, people had been killed and suffered serious injuries, The Times of India reported.

Gujarat was among several Indian states that was hit by a lumpy skin disease outbreak, leading to cattle losses, earlier this year.

The state reported more than 5,800 cattle deaths while nearly 170,000 were estimated to be affected by the disease.

In September, charitable trusts, that run cattle shelters in Gujarat, had set free thousands of cows in protest against the lack of promised government aid.

Videos of cows walking through government buildings had gone viral, prompting the authorities to promising action.