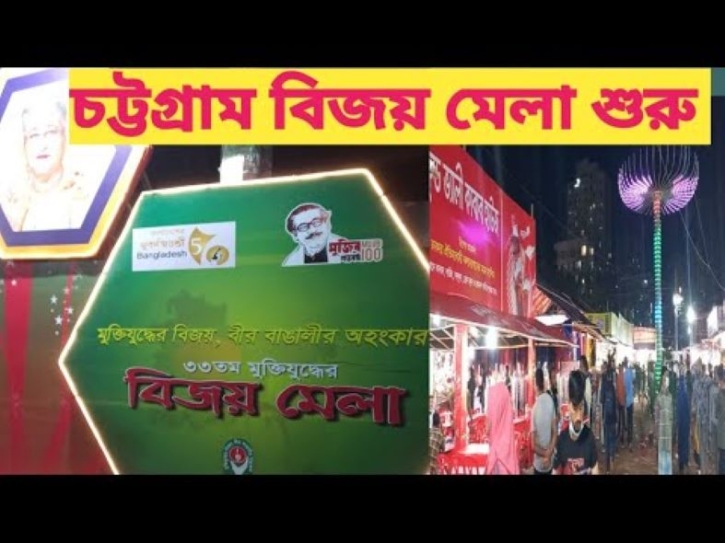 The month-long Muktijuddher Bijoy Mela (MBM)-2022, will formally begin Thursday in the port city to motivate people and teach history of the Liberation War to the new generation.

The activities of the fair will be closed on December 4, on the occasion of Prime Minister's visit to Chattogram, reports BSS.

This was disclosed in a press conference held at the local press club Wednesday noon. Mohammad Younus, Member Secretary of MBM Parishad, read out the written statement in the press conference.

The main objective of the fair is to motivate and inform the young generation about the spirit of the glorious Liberation War and sharpen their sense of belonging to the goal by hearing the discussion on various aspects of the historic event.

Bijoy Mela is being organised this time with great enthusiasm to sharpen the spirit of the liberation war by preserving the long-standing continuity.

Md Younus at the press conference also demanded the cancellation of the personal name museum of the old circuit house, which had memories of the electric chair torture by the Pakistani army during the liberation war.