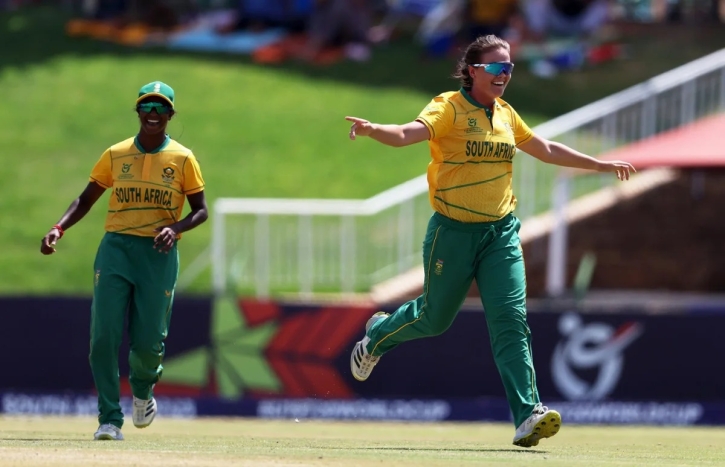 Choosing to bat first, Bangladesh folded for 106-6 runs in the stipulated 20 overs.

Madison Landsman top scored 37 runs off 38 balls with three fours and a six. She was named the player of the match. Wicket-keeper batter Karabo Meso and opener Simone Lourens scored 32 and 26 runs, respectively.

Rabeya Khan picked up three wickets for Bangladesh for 18 runs in her four-over spell. Marufa Akter took one wicket for 16 runs in four overs.

In the other Group-1 Super Six match, Australia beat India by seven wickets.

Despite their loss, Bangladesh still has a chance to make the semi-final if they can beat the United Arab Emirates (UAE) by a big margin in their remaining Super Six match Wednesday at the Absa Puk Oval in Potchefstroom.

South Africa finished as runners-up in Group D to reach the Super Six, securing four points from three matches after beating Scotland by 44 runs, and the UAE by 45 runs. They lost to India by seven wickets.