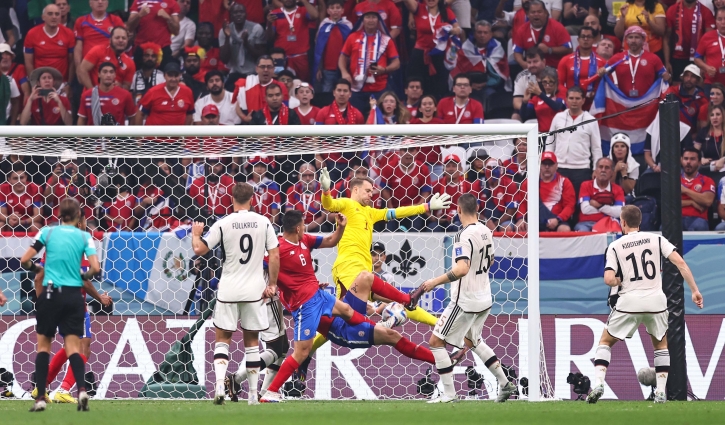 Germany failed to qualify to knock out stage of the World Cup for the second time in a row. The four-time world champions finished third in Group E despite beating Costa Rica by 4-2 at the Al Bayt Stadium on Thursday.

Meanwhile, Japan topped the group with six points and Spain claimed the second position with four as the Asian giants beat the 2010 World Cup winners by 2-1.

Germany took an early lead as Serge Gnabry found the back of the net in the 10th minute of the match. Jamal Musiala ran forward with the ball, sliding it down the left to David Raum. Looking for men in the middle, Gnabry latched onto the cross, heading it into the corner past Keylor Navas.

However, after the break, Costa Rica struck twice and made the scoreline 2-1. Waston raced into the middle of the box, heading the ball straight at Manuel Neuer. The goalkeeper failed to keep it in his hands with Yeltsin Tejeda rushing to the rebound and smashing it into the bottom corner.

Juan Pablo Vargas helped Los Ticos to take lead in the 70th minute and after conceding the second goal, German players became furious and hit three more goals to make it 4-2 for Germany.

Kai Havertz scored a brace and later Niclas Fullkrug found the net but that was not enough to qualify for the last 16 despite earning the same points as Spain due to goal difference.

Japan will face Croatia in the Round of 16 on Monday with Spain will lock horns with Morocco the following day.