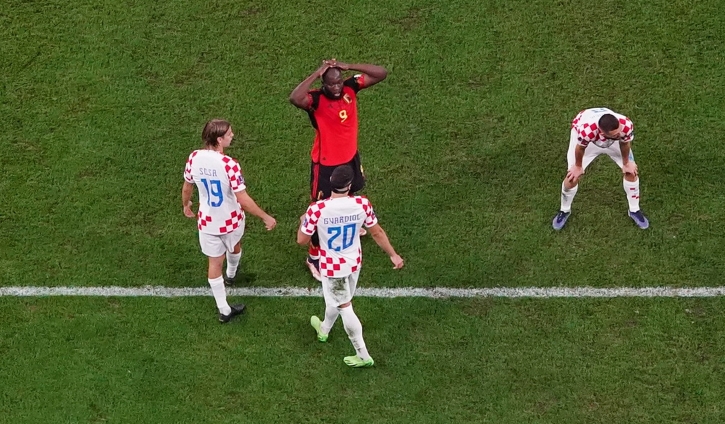 The high-voltage clash between Belgium and Croatia ended in a goalless draw at the Ahmed bin Ali Stadium on Thursday. However, one point was not enough for the second-ranked team to qualify for the knockout stage.

and will face the winner of Group E in the next round of the competition, which could be Spain, Costa Rica or Japan.

Belgium and Croatia none could force a breakthrough but Romelu Lukaku missed four great openings that could have saved the Red Devils from a premature exit from the competition.

Lukaku struck the post and missed from close range on a frustrating night for the forward after he was introduced at half-time.

Croatia held firm at the back to secure the goalless draw to advance to second place ahead of Belgium.