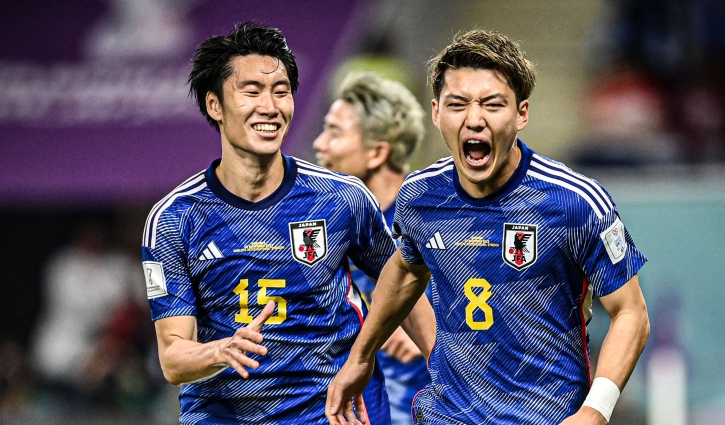 What a start for Japan in the Qatar World Cup as they defeated four-time world champions Germany by 2-1 in their first match at the Khalifa International Stadium on Wednesday.

What a game and what a result it was for the Samurai Blue. Germany had the better of the second half's early stages and were unlucky not to add to their 1-0 lead.

However, Japan manager Hajime Moriyasu made a raft of substitutions which proved to be the game-changer for them. Kaoru Mitoma, Takumi Minamino and Ritsu Doan all combined for the first goal, scored by the latter, before Takuma Asano created something from nothing to smash home the winner as Japan turned the game around.

Earlier, the Europen giants took the lead as Gundogan's penalty was the difference at the break. The Manchester City midfielder went close several times before slotting home his spot-kick but things got totally opposite for his side in the second half.

Germany were beaten in their first game for the second successive World Cup, while Japan make the best possible start to their campaign in Qatar.