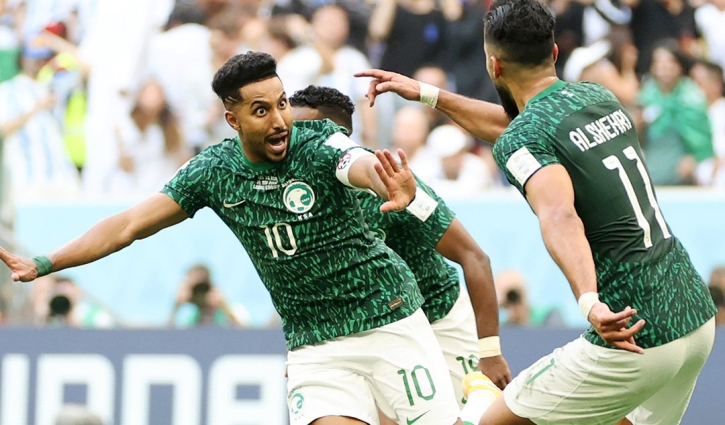 It was a disappointing start for Argentina as they lost their first match of the FIFA World Cup 2022 to Saudi Arabia by 1-2 on Tuesday. The two-time world champions were unbeaten for 36 matches but the streak has been broken.

It was a perfect start for Argenta as Lionel Messi opened the scoring in the 10th minute. He made no mistake from the spot kick to score his 92nd international goal. However, the Asian side was looking really sharp but could not find the net in the first half.

However, the did not take much time in the second half. They not only found the equaliser but also took the lead. Saleh Alshehri scored the first one in the 48th minute while Salem Aldawsari scored the second in the 53rd minute of the match.

Alshehri got around Romero in the box before scoring across Martinez and into the bottom right corner. The second one was a treat to the eye from Salem. He cut inside onto his right foot and curled it into the far corner. Martinez got a fingertip to it but could not keep it out.

Earlier in the first half, three Argentina goals were disallowed due to offside. One was scored by Messi and the other two were by Lautaro Martinez.

Saudi keeper Al Owais on the other hand made five saves in the game while substitute Al Amri cleared the ball off the line in the 92nd minute to secure a 2-1 win for his side.

Saudi Arabia's historic win moved them to the top of Group C for the time being. It is likely that Argentina will need to win their next two games to qualify for the knockout stages, starting with Mexico on Saturday. Saudi Arabia will face Poland in their next group game.