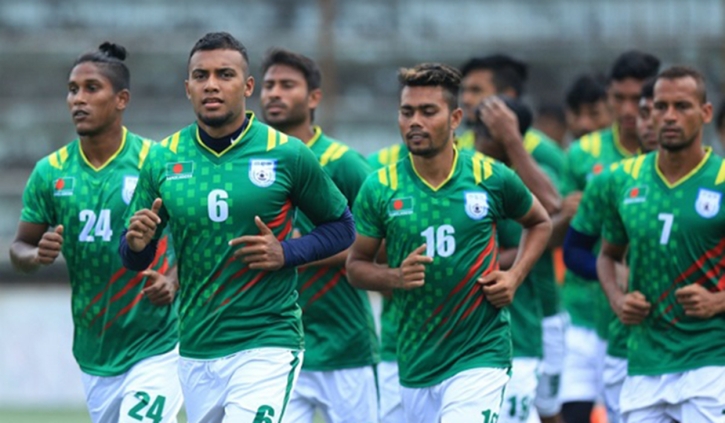 Bangladesh lost to host Nepal by 1-3 in their second FIFA tier-1 International Friendly match on Tuesday at Dasharath Rangasala Stadium in Kathmandu. Earlier in the first match, they defeated Cambodia with the help of Rakib Hossain’s only goal in the 23rd minute.

A first-half hat-trick from Anjan Bista gave Nepal a comfortable lead before the break. In the 18th minute, he opened the scoring for his side. Later, he found the net twice in the 27th and 38th minute.

Bangladesh tried to come back into the game in the second half. In the 55th minute, Rakib Hossain's cross was deflected off Dinesh Rajbanshi and Sajjad Hossain tapped it in at the far post to make the scoreline 1-3 for the visitors.

The boys in red and green got an opportunity in the 68th minute but Sajjad could not convert the open header into a goal. Post that, none of the teams found the net again and the match ended in 3-1 for Nepal.