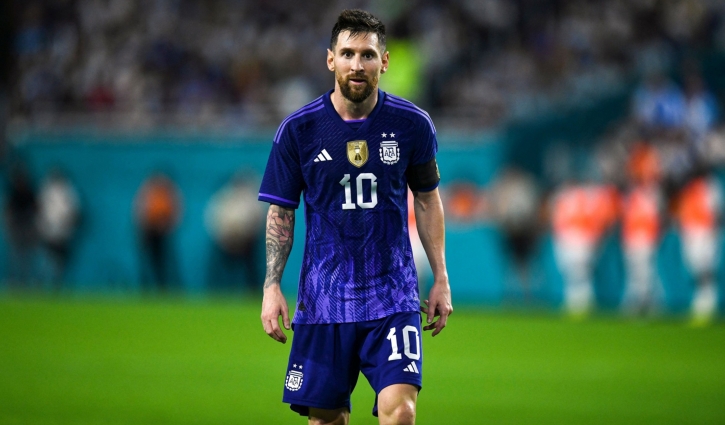 Lionel Messi could miss Argentina's international friendly against Jamaica due to illness. The match is scheduled to be played on September 27.

Argentina played their first match of the international break against Honduras on Friday. They eased past the Central American outfit, handing them a 3-0 defeat in the United States, reports Sportskeeda.

Starring in the game for La Albiceleste was their captain and star player Lionel Messi. The PSG talisman found the back of the net twice on the night, with Manchester United's Lisandro Martinez also on the scoresheet.

Messi scored his first goal against Honduras from the penalty spot just before half-time. He produced a spectacle for his second goal, lobbing the ball over the goalkeeper from outside the box.

The 35-year-old will now be looking to end the international break on a high before returning to PSG. He will be keen to help Argentina beat Jamaica when the two sides lock horns in New Jersey tonight.

However, there are doubts about Messi's availability for the clash against the Caribbean nation. Lionel Scalano could be without the former Barcelona superstar, who is said to be suffering from illness.

The forward appeared to be in good spirits in his latest Instagram post. He can be seen having a good time in training along with La Albiceleste teammates Rodrigo De Paul and Angel Di Maria.

However, Messi could be forced to sit out the team's international friendly against Jamaica today. There are suggestions that Manchester City's Julian Alvarez will take his place in the starting XI.

Di Maria, along with Tottenham Hotspur's Cristiano Romero, was notably rested for the side's match against Honduras. While Messi could miss out, the Juventus man is expected to start later this evening.

Enzo Fernandez could also come into the starting XI after impressing off the bench against Honduras. It remains to be seen if Scaloni intends to make other major changes to the team that started on Friday.