‘Tigresses to give 110% to retain Asia Cup title’ 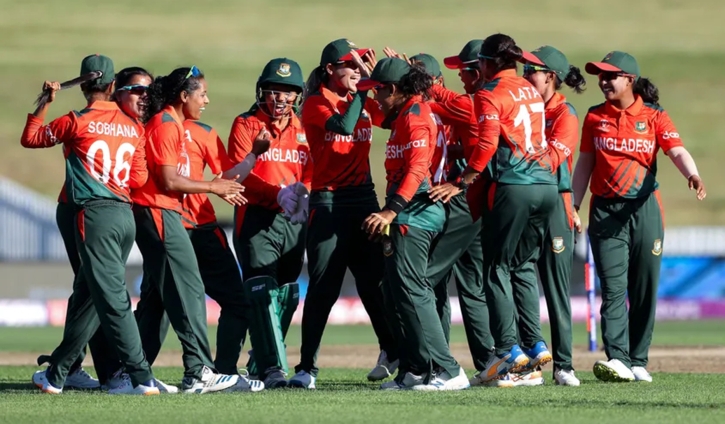 The Bangladesh women's cricket team returned home on Tuesday as the undefeated champions of the Women's T20 World Cup Qualifiers and now they will prepare themselves for the upcoming Asia Cup mission.

The Tigresses are the defending champion of this continental event and are determined to retain the title. The tournament is scheduled to start in Sylhet on October 1. Bangladesh will face Thailand in the opening match of the event.

The Tigresses are not getting a chance to have a separate camp for the Asia Cup. However, Bangladesh captain Nigar Sultana Joty considered the Women's T20 World Cup Qualifiers a great preparation for the continental event.

Joty told the media, “I would say it was the best preparation for us. Because there can be no better preparation than match practice. Since we have played the same format (T20I) there, it will help us in the Asia Cup. Because more or less all of us have played in that tournament. As we are getting almost the same squad and if we can work as a team in the Asia Cup I think we will achieve a good result in Asia Cup.”

Back in 2018, Bangladesh won the historic title by defeating India in the last edition of the Women's Asia Cup. it is a good opportunity to retain the title at home for the defending champions and the cricketers want to give their best to do so.

Joty added, “The motivation is that I am thinking from our side because we are the defending champions. Everyone here is experienced and since it is held in our own backyard, I think we should put ourselves ahead.”

"As we have had a good preparation and nothing can be a bigger motivation than winning the title (Women's T20 World Cup Qualifiers). We have qualified for the World Cup which gives us a different kind of boost. 110 percent to be given for retaining the title.”

Due to injury, pacer Jahanara Alam had to return to the country before the start of the World Cup qualifiers. Farzana Haque Pinky could only play the final due to being Covid-19  positive. She played a great innings of 61 runs in the final. Both of them were included in the squad for the Asia Cup.

“'Farzana was out of the team for a few days while Jahanara could not be in the team due to injury. Even then the combination we had in the team who were backup players always wanted to do something for the team. A great thing for our team is that when one does not do well, someone else stands up. So if we can do this thing regularly I think we can do very well in world cricket,” Joty further mentioned.