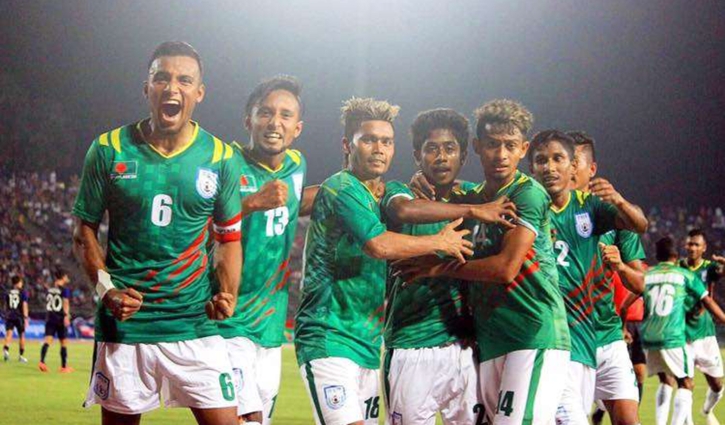 Rakib Hossain’s only goal in the 23rd minute was enough to beat the upper-rank holders. The scoreline could have been 2-0 if Matin Miah’s long-range shot did not hit the crossbar in the 75th minute.

However, the hosts dominated the game but could not find the equaliser. Prior to the match, the boys in red and green did not lose to Cambodia in their four previous encounters and won thrice.

Bangladesh's recent performance, however, was not satisfactory at all as it was their first win in their last eight international games. Earlier, Jamal Bhuyan-led Bangladesh lost their most recent three - all of which came in the AFC Asian Cup qualifying group stage and finished at the bottom in Group E.