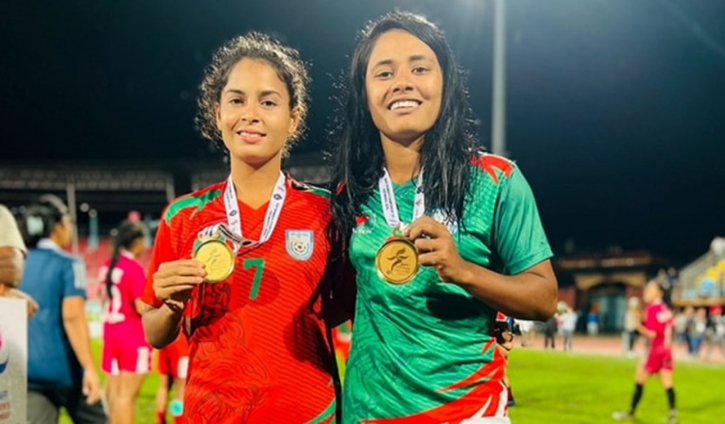 Bangladesh football women’s team gave their nation the opportunity to celebrate something big as they lifted the SAFF Championship title on Monday for the first time after thumping Nepal at their own backyard by 3-1.

They returned to the country on Wednesday and got a warm welcome. Before the flight arrived in Dhaka, thousands of supporters arrived in groups and waited outside Hazrat Shahjalal International Airport. They were shouting slogans, congratulating the girls.

Everything was looking just fine but misfortune struck as dollars, clothes and other accessories went missing from the luggage of the Krishna Rani Sarkar and Shamsun Nahar.

Krishna's father Vasudev Sarkar told the media, "My daughter called me in the morning. She was very upset. Krishna told me that $400 was stolen from her luggage. And some Nepalese currency and clothes were also lost from Shamsun Nahar's luggage."

The assistant coach of the Bangladesh women's football team Mahbubur Rahman said, "After landing at the airport, I came to know that several belongings of Krishna, Shamsun Nahar and the physiotherapist of our team were missing. Money was also missing from their luggage too.

"We immediately reported the matter to Kiron (Mahfuza Akhter, Bangladesh Football Federation Women's Wing chairman). She has already contacted the Bangladesh Civil Aviation Authority. Hopefully, there will be a solution in this regard," he added.