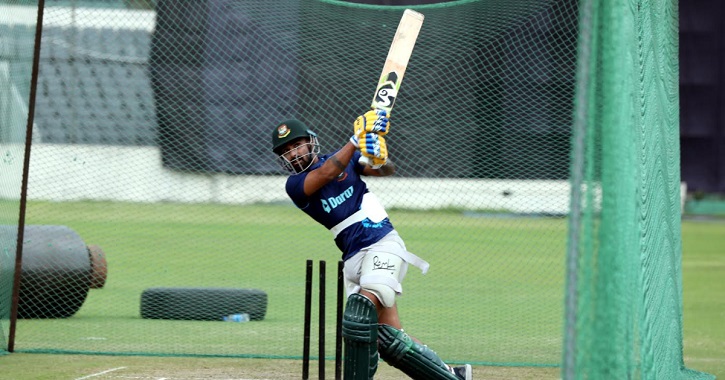 A player hits a ball with cricket bat

Bangladesh national cricket team is set to fly to the UAE Thursday for a week-long training and a two-match T20I series against the UAE.

Sridharan Sriram, T20 consultant of Bangladesh, planned this tour for the Tigers ahead of a tri-series in New Zealand and the T20 World Cup next month in Australia.

The T20 matches against the UAE will be played on September 25 and 27.

The Bangladesh Cricket Board (BCB) has announced the squad for the New Zealand tour and the World Cup.

Shakib Al Hasan, captain of the Bangladesh T20 team, may not be available for the UAE series. In his absence, Nurul Hasan Sohan, vice-captain, will lead the team.

Bangladesh will play five matches in the Super 12s round of the World Cup. The Tigers will take to the field to play their first match on October 24 and other matches are on October 27, 30, and on November 2 and 6.

The top two teams from each group of the Super 12s round will qualify for the semi-finals which will be played on November 9 and 10.

The final of the World Cup will be played on November 13 at the Melbourne Cricket Ground.