Salahuddin praises Sabina, says one of the best Bangladesh ever produced 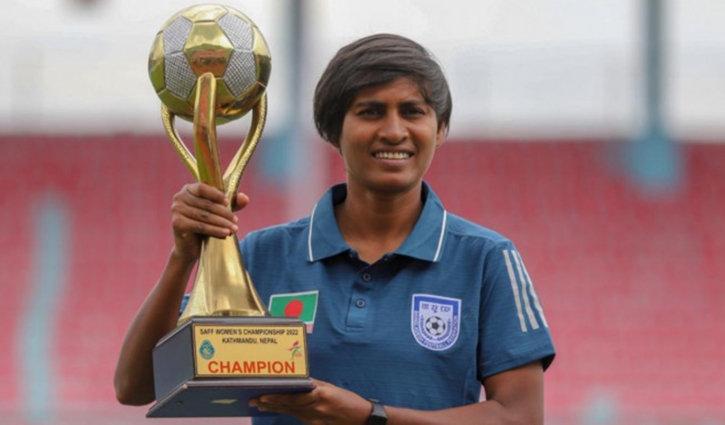 Back in 2003 Bangladesh football men's team lifted the SAFF Championship trophy on their home ground, defeating superpower India and after a long time had passed but the fans did not get the opportunity to celebrate something big.

However, this time Bangladesh football women’s team gave their nation to celebrate again as they lifted the SAFF Championship title on Monday for the first time after thumping Nepal at their own backyard by 3-1.

Behind this success, Bangladesh captain Sabina Khatun played the most important role. She was named the Player of the Tournament and claimed the highest goal scorer award as well.

Sabina scored eight goals in the recently-concluded Saff Championship. She struck hattricks in the tournament.

The girls in red and green returned to the country on Wednesday and after a long wait, the press conference was held at the Bangladesh Football Federation (BFF) building where President Kazi Salauddin was asked about Sabina.

He said, "She's a great player. She's one of the best Bangladesh has ever produced."

The BFF president also mentioned, "She's got a great character and personality. She kept the team together. It's the coach's good fortune to have someone like her in the team. She is the best female footballer we have ever produced."