PM asks authorities to build a house for Rupna Chakma 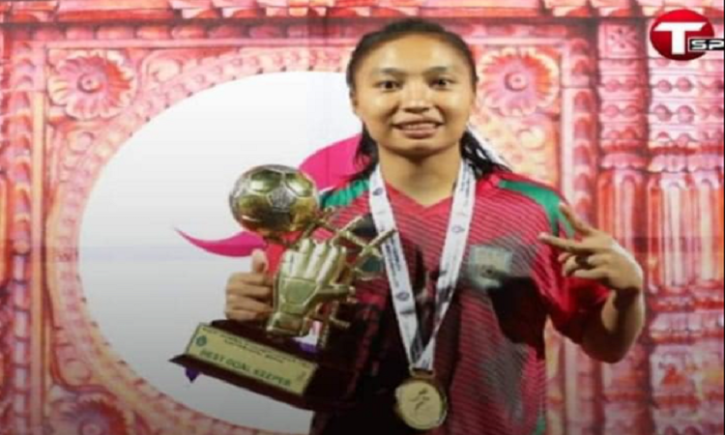 Prime Minister Sheikh Hasina has ordered the concerned authorities to build a house for Bangladesh Women football team player Rupna Chakma who has been named as the best goalkeeper in the just-ended SAFF Women's Championship tournament.

The prime minister, now in New York to attend the 77th UNGA summit, gave the instruction after her attention was caught on a picture of Rupna Chakma’s dilapidated house that went viral on the social media.

The Bangladesh Women's football team won the South Asian Football Federation (SAFF) Women's Championship for the first time by beating hosts Nepal 3-1 in the final at the Dasarath Rangasala in Kathmandu on Monday.