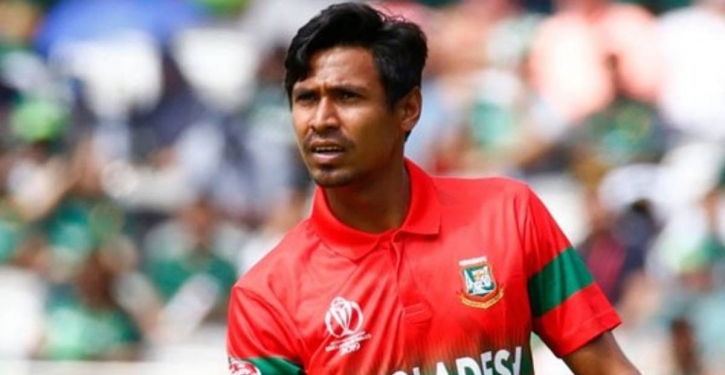 Despite his mediocre performance, Mustafizur Rahman found him Top 10 in the latest ICC ODI rankings, which was released on Wednesday.

Basically, his four-wicket haul against Zimbabwe in the last ODI match contributed to his giant leap, as he jumped from 16th place to 10th place. England fast bowler Chris Woakes shared the place with him, reports Bangladesh Sangbad Sangstha.

But it was the two-wicket haul of debutant Ebadot Hossain which helped Bangladesh win that game by 105 runs and avoid the whitewash. He got the key wicket of Sikandar Raza to pave the platform of a Bangladesh victory. Mustafizur basically ripped through Zimbabwe’s lower order to boost his wicket-tally.

In fact his wayward bowling in the first ODI cost Bangladesh the game after nine years at the hands of Zimbabwe. He was dropped in the second ODI before making a comeback in the third game, courtesy to the injury and off form of fellow left arm pacer Shoriful Islam.

It was, however, Mustafizur’s best-ever rankings since he reached fifth position in 2018.

Left arm spinner Taijul Islam also improved his rankings following his 2-34 in the last game against Zimbabwe. His ranking is now 53 after leapfrogging 18th place. Mehidy Hasan Miraz, however, found him demoted in ODI bowling rankings but still he is the best-ranked Bangladesh bowler, sitting at eighth position.

Bangladesh batters, however, did not see any improvement following their disappointing performances in the three-match ODI series against Zimbabwe.  ODI captain Tamim Iqbal remains the highest-ranked batter from Bangladesh, sitting at 16th position.