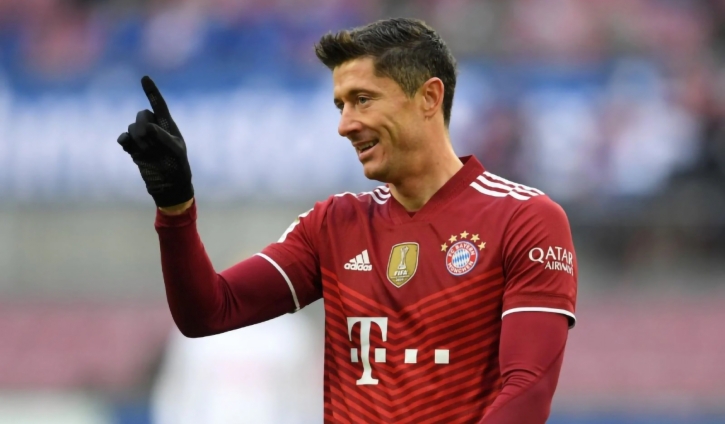 Barcelona President Joan Laporta has revealed that they are 'flattered' that Robert Lewandowski wants to join the club this summer and also mentioned that no deal has been done as yet.

He has told reporters when asked for an update about the Polish striker, “Robert Lewandowski is FC Bayern player and I prefer to keep this situation quiet. We’re really happy that he wants to join Barca.

“We just want to say thanks to him as he wants to come to Barcelona”.

The Blaugrana have made no secret of their interest in the striker that is looking for a way out of Bayern Munich, with a 33-year-old frontman making it clear that his preference would be to head for Catalunya this summer, report GOAL.

Bundesliga champions are, however, understandably reluctant to part with a legendary goalscorer – especially as he remains under contract with them for another 12 months – and negotiations regarding a switch elsewhere are proving difficult.

While waiting on answers in their pursuit of Lewandowski, Barca are also hoping that a protracted pursuit of Leeds winger Raphinha will reach a positive conclusion.

The Brazil international has also been linked with Arsenal and Chelsea, but he is another that has his heart set on heading to Spain.

Laporta added on interest there, “We have spoken to Leeds and I don't think they will be offended. We have communication.

“What happens is that there are other clubs who want Raphinha and they are making their proposals.”