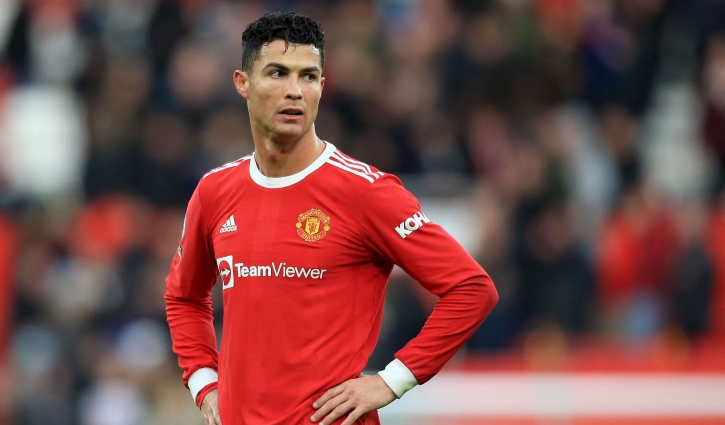 Cristiano Ronaldo has reportedly asked to leave Manchester United just a year after his sensational return to the club as he wants to play in the UEFA Champions League (UCL).

The Portuguese legend returned to Old Trafford after 12 years. He had enjoyed a productive season in the Red Devil kit as well.

The 37-year-old netted 24 goals in all competitions, with 18 of them coming in the English Premier League (EPL). He won Manchester United's Player of the Year award as well.

However, it was a brutal season for Manchester United as they failed to finish in the top four and had to stay happy at the sixth spot in the EPL. They could not even lift a single trophy for the fifth year in a row.

Ronaldo won one UCL and claimed his first Ballon d’Or in the Red Devil shirt before joining Real Madrid where he won another four of each.

The five-time Ballon d’Or winner is determined to carry on playing in the UCL as he nears the end of his career and United could not secure a top-four finish which means they cannot participate in Europe’s elite competition.

Therefore, he requested the English club allow him to leave and also informed United that he does not believe they will be able to mount a realistic title challenge this season – and also has concerns over their ability to finish in the top four, report GOAL.

With the Portugal international in the twilight of his career, he is adamant he wants to carry on playing at the highest level of the game and does not want to miss out on the Champions League for even one season.

The appointment of Erik ten Hag has not managed to convince him to be part of the Dutchman’s intended overhaul.

Ronaldo’s agent Jorge Mendes is said to have already been sounding out potential buyers, with Bayern Munich and Chelsea linked. A return to Serie A has also been reported by Italian media.