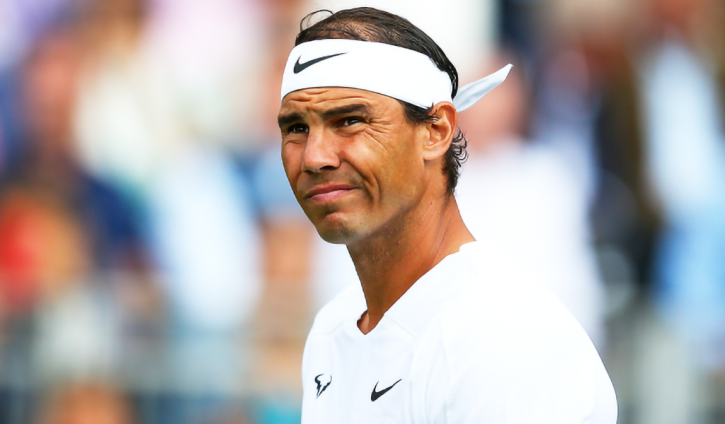 Rafael Nadal's clay-court stats are unbelievable but his winning percentage is not the same on hard courts and especially on grass. However, that could not stop him to reach five consecutive finals between 2006 and 2011 at the Wimbledon and winning the title twice.

“It just speaks to the consistency of even Rafa Nadal,” Mats Wilander was quoted by Eurosport. “There have been years when he hasn't been able to play Wimbledon but he keeps coming back. The consistency of Roger and Rafa and Novak and Grand Slam tournaments is just unbelievable.”

Meanwhile, the tennis legend feels that the low-ranked players believe that playing against Nadal on the grass-court is an opportunity to beat the Spaniard.

“He's 36 years old; he has that tape on his abdominal muscle; he has the foot issue,” Wilander said.

“I think it's good... to take a break [for the rain delay, but] to be able to come out and play this well and to win matches on probably his worst surface in many ways, even though he has won more Wimbledons than Australian Opens.

“Grass courts are a great equaliser for a lot of the lower-ranked players. I think they believe that they might have a small chance to beat even the greatest of all time.”

Nadal is in the race to lift another Wimbledon title as he has already reached the third round of the tournament. The 22-time Grand Slam winner will face Lorenzo Sonego on Saturday.