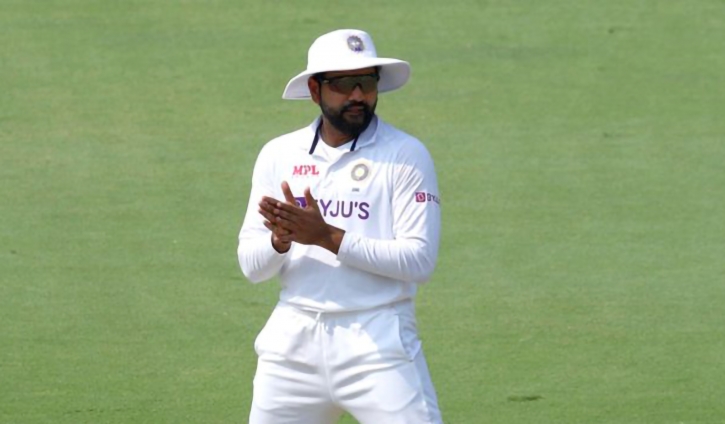 Indian captain Rohit Sharma has tested positive for Covid-19 ahead of the rescheduled fifth and final Test against England which is scheduled to start on July 1. He tested positive via a Rapid Antigen Test (RAT) on Saturday.

The Board of Control for Cricket in India (BCCI) confirmed the matter and in a press release stated that the Indian skipper has been currently in isolation at the team hotel. They also mentioned that an RT-PCR test has been scheduled for Sunday to confirm and ascertain the severity of the infection.

The 30-year-old played in India's warm-up match against a Leicestershire XI at Uptonsteel County Ground and scored 25 runs before being dismissed by Roman Walker in the opening innings of the match on Thursday.

However, Rohit did not come to bat during India’s second innings on Saturday.

India will miss the service Kl Rahul as the opener is down with a groin injury. If Rohit cannot participate in the match, would be a huge blow for his side and if he recovers in time, it will be his first Test in charge away from home.

The match was postponed due to a Covid-19 outbreak in the India camp. However, the Asian side currently lead the series 2-1 and need to avoid defeat in the final match to clinch their first Test series victory in England since 2007.