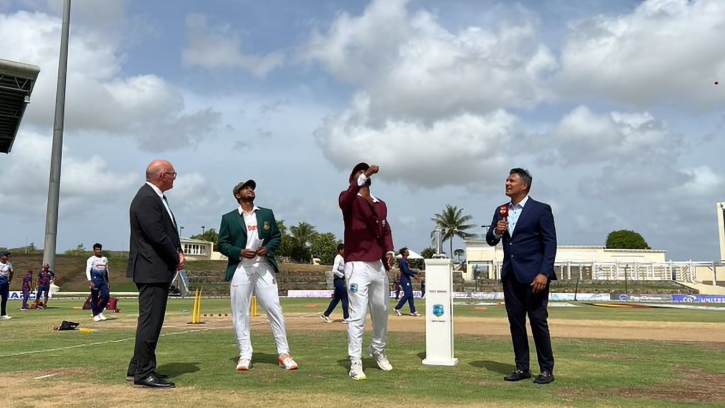 West Indies won the toss and invited Bangladesh to bat first in the second and final Test at the Daren Sammy National Cricket Stadium in St Lucia on Friday.

The Tigers started the year on a high note as they claimed a historic away Test win over New Zealand. But things have gone opposite for them since then. They suffered five heavy defeats in their next six.

Mominul Haque had to step down and Bangladesh Cricket Board (BCB) appointed Shakib Al Hasan as their new Test captain. However, the change in captaincy did not change anything as they have problems with batting and lost the opening Test by seven wickets.

On the other hand, the Caribbeans have a favourable record over the Tigers but their record on this ground is not much to boast about. They have lost their last three Tests in St Lucia, with their last win at this ground coming over Bangladesh back in 2014. There are some showers predicted on the last three days of the Test.

The last time Bangladesh were in Gros Islet to play Test cricket, Mushfiqur Rahim was the captain of the side. It has nearly been eight years since then and a lot has changed for the visitors in the meantime.

Though Bangladesh have lost their last five Tests on these shores, the last three fixtures have been particularly bad. The matches, dating back to 2018, saw them bowled out for 43, their lowest Test total, and cross the tally of 200 only once in six attempts. That it came in the Antigua Test last week is a relief.