Bangladesh were fighting back and thwarted the visitors with the partnership from Shakib Al Hasan and Litton Das on day 5 of the Dhaka Test on Friday.

Their partnership helped the hosts to take a lead after losing five batters. They lost only one wicket in the first session. Kasun Rajitha removed Mushfiqur Rahim.

However, Shakib and Litton with contrasting approaches negated the threat. The former attacking and looking for runs at every opportunity, while the latter relied more on his defensive batting to keep them out.

Before lunch, Bangladesh were 149 for five and had a lead of eight runs.

If Bangladesh survive one more session of batting should see this game to a draw. But Sri Lanka will be hoping to break this partnership and finish off the innings quickly to give themselves a chance to win. 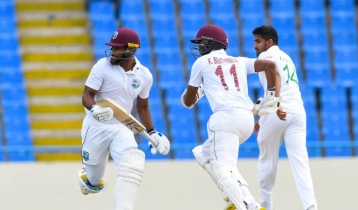 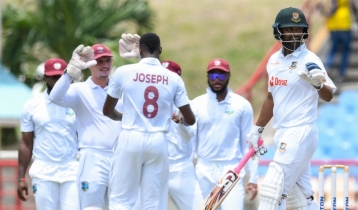