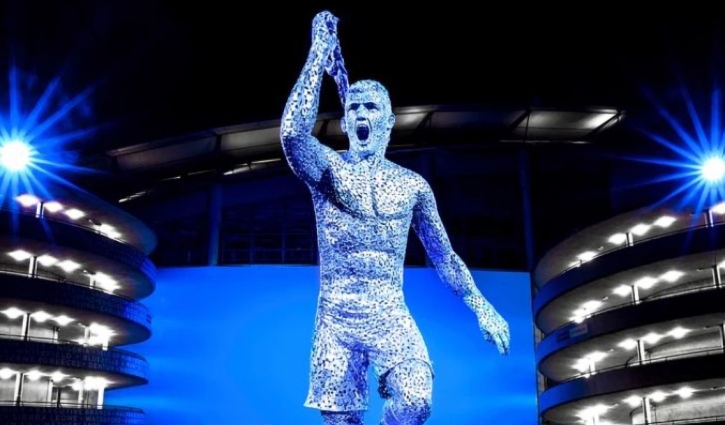 Manchester City have unveiled a permanent Sergio Aguero statue outside their Etihad Stadium on the 10th anniversary of the Club’s first English Premier League (EPL) title and the iconic ‘93:20’ moment.

The Argentine netted the ball in 93:20  against Queens Park Rangers which helped his side to win a trophy after long 44 years.

The 33-year-old has said, “Truthfully, it is a very beautiful thing for me, to see myself 10 years ago is very moving.

“In those 10 years, I was able to win a lot of trophies and was able to help the club become one of the most important in the world.

“I am very grateful to the club for making this statue in recognition of my football career in Manchester. It is something very special.”

The City legend was forced to say goodbye due to a heart condition shortly after leaving City for Barcelona in 2021. He scored 260 goals for the Citizens through 390 appearances.

City have pointed out that the finished article will be illuminated with blue-tinted lighting at night to make it look even more dramatic.