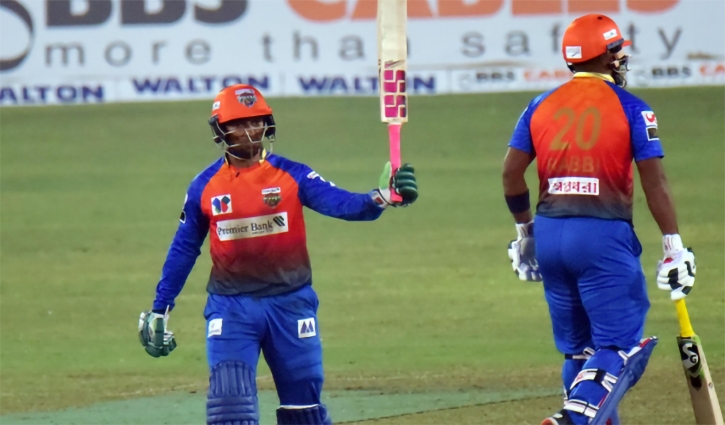 Khulna Tigers snatched away victory from Minister Group Dhaka with an over to spare as they beat them by five wickets on Friday.

Thisara Perera played a key role in the match. He played an unbeaten 36 off 18 balls. He hit six boundaries. Earlier, Khulna got a solid start as Andre Fletcher and Rony Talukdar played mind-blowing shots.

Khulna captain  Mushfiqur Rahim said, “First game is always some nerves out there. The way we started with the bat .. tough conditions to bowl, heavy dew. Batting wise, pretty happy with that.”

The 72-run partnership between Fletcher and Rony set the tone upfront and Perera's late hitting put the finishing touches.

Dhaka skipper Mahmudullah said, “Batting wise we did well to get that total. First few overs we leaked a few runs. Still early stage in the tournament but yes there are a few areas we need to work on.”

For Dhaka, Andre Russell and Ebadot Hossain claimed two each, while Shuvagata Hom picked up one wicket.

Earlier in the match, Dhak posted 183 runs with the help of Tamim Iqbal’s half-century. Mohammad Shahzad and Mahmudullah played brilliantly as well. But that score wasn’t enough to defeat the Tigers.