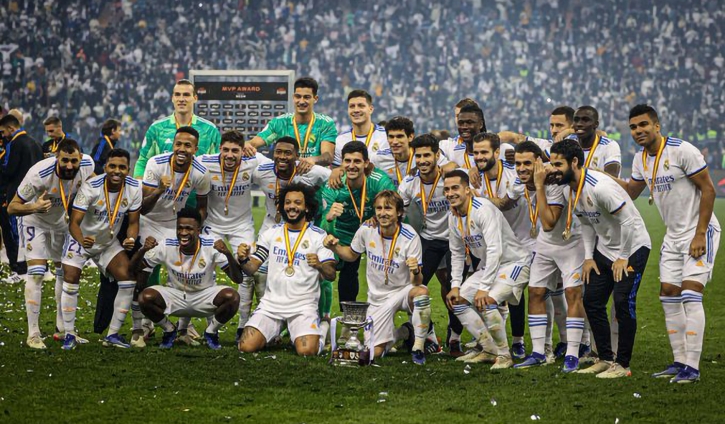 Real Madrid lifted the Spanish Super Cup as they defeated Athletic Club in Riyadh, Saudi Arabia on Monday. Luka Modric and Karim Benzema’s goals were enough to beat the Lions.

In the 38th minute, a breakthrough arrived, with Real making their dominance count. Modric was the man to edge them in front as his curling finish found the back of the net.

Benzema saw a shot blocked from the edge of the box. Real was preparing to take a corner, but there was a VAR review and a penalty was awarded for handball and the French man made no mistake to score from the spot-kick.

Athletic had a chance to move closer in the final minutes but Madrid goalkeeper Thibaut Courtois saved Raul García's penalty kick with his left foot. Madrid defender Eder Militao was sent off for the handball that prompted the penalty.

This is the first trophy for Carlo Ancelotti in his second stint as Madrid manager.

It was their 12th Super Cup title moves the club only one behind their eternal rival Barcelona, the competition’s most successful team. Athletic was seeking their fourth Super Cup trophy.