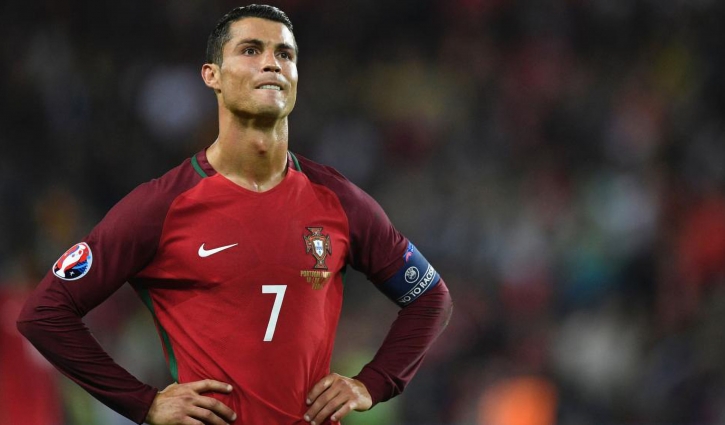 Cristiano Ronaldo is in a battle with The New York Times (NYT) to halt the files from the rape allegations made against him from going public, according to reports.

Ronaldo was acquitted of rape in a US court last October. But the 36-year-old Portuguese forward's rape case is thought to have ended there, but in reality, it is not.

Famous English sports daily The Athletic made an investigative report and that rape case is in the headlines again.

The Athletic claims The New York Times is attempting to access the case file held by the Las Vegas Metropolitan Police Department (LVMPD). But Ronaldo doesn't want that to happen, according to The Athletics. That's why the Manchester United forward is fighting against the New York Times.

The Portuguese start had been accused by former model Kathryn Mayorga of raping her in 2009 in a hotel room in Nevada City, which is always denied by Ronaldo.

11 years ago, these claims were settled out of court after the LVMPD did not pursue the case, with Mayorga receiving £375,000 from the Manchester United striker.

After that settlement, the incident never came to light until Der Spiegel published an article revealing the accusation and subsequent agreement between the two parties back in 2017.

Mayorga then tried to cancel the previous agreement. She claimed that she had been forced to agree at that time. Leslie Stoval, Mayorgao's legal counsel, then contacted Football Leaks and collected "secret documents". Stoval sent them to Las Vegas police.

But despite the reopening of the case, Ronaldo was acquitted by the region's magistrate, Judge Daniel Albregts. Ronaldo’s lawyers argued that Mayorgao's lawyer's allegations were based solely on some theft paper.

The Athletic contacted Las Vegas police to know whether the documents would be released to the New York Times but received no response.