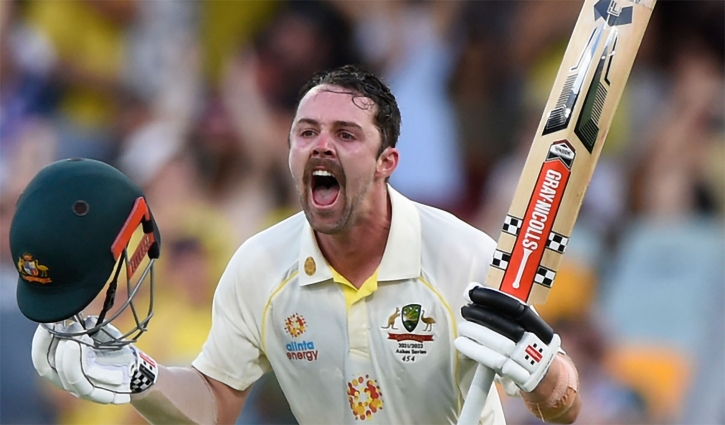 On day two of the first Ashes Test, Australia scored 343 runs after losing seven wickets. Depending on Travis Head’s unbeaten 112, David Warner’s 94 and Marnus Labuschagne’s 74, they took 196 lead in the first innings.

Australi lost the early wicket of Marcus Harris. Then Warner-Labuschagne made a 156-run partnership. But the Aussies were in pressure as they three important wickets of Marnus Labuschagne, Marnus Labuschagne and Steven Smith in between 189 to 195 runs.

Later, Travis Head’s aggressive batting showed his team the right path. He is unbeaten on 112 off 95 balls.

Earlier, on day one, England were bowled out for 147 runs. Due to rain, the was called off.

Three English batters were gone for a duck, including Joe Root. Four batters reached the double-figure. No one found half-century. Jos Buttler scored 39, the highest of their innings.

Pat Cummins led his time from the front, became the eighth Australian skipper to take a fifer. He picked up five wickets. Mitchell Starc and Josh Hazelwood received two each. Cameron Green scalped his maiden Test wicket along the way with the wicket of Pope.