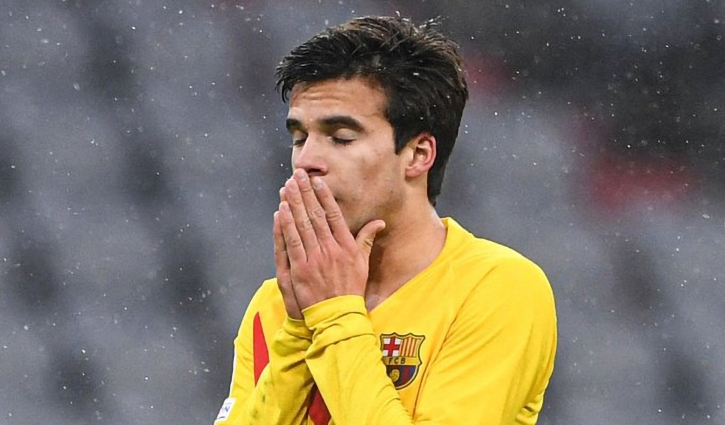 Barcelona were knocked out from the group stage of the UEFA Champions League (UCL) after a 0-3 loss to Bayern Munich on Thursday. The Catalan club will not play in the knockout rounds of the UCL for the first time in 18 years.

After that defeat, Barcelona dropped down to the third position of Group E and set to play the Europa League playoffs, thanks to Benfica's 2-0 win over Dynamo Kyiv in the other game of the night.

Barca boss Xavi said to broadcaster DAZN, “We start a new era, from zero, from here, to work hard and to recover Barca and to put Barca in the place that we deserve, that is at the top of the Champions League. This is our reality. We are out of Champions League, we are in Europa League, but this is not the place of Barcelona.”

“We need to work hard, many things that put Barcelona in this situation. But this is our reality. I cannot say anything else,” he added.

He again stated, “We need to win Europa League, work hard for recovering points in La Liga, win the cup, win the Super Cup, this is what Barcelona deserve ... We will try to work hard. We have many injuries. Maybe we can sign some players now in January. Let’s see."

Thomas Müller opened the scoring with a header in the 34th minute. Before going to halftime break the German side doubled their lead as Leroy Sane’s power shot beat the Barca keeper in the 43rd minute. In the 62nd minute, Jamal Musiala scored the third for the Bavarians.

With 18 points in six matches, Bayern Munich are on the top of Group E, while Benfica are in second with eight points. Barca are in third place with seven points and Dynamo Kyiv are at the bottom with one point.

Meanwhile, defending champion Chelsea finished as Group H runners-up after conceding a stoppage-time equaliser against Zenit St Petersburg. The match was ended in a 3-3 draw.

With 13 points Chelsea are in second, while Juventus secured the top spot with 15 points thanks to a 1-0 home win over Sweden's Malmo.