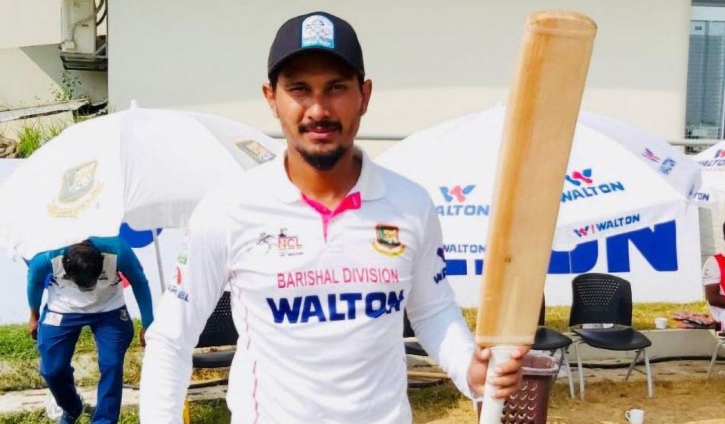 Uncapped Fazle Rabbi Mahmud has been included in the squad to play two-match Test series against New Zealand. He has joined the team as the replacement of Shakib Al Hasan.

Barisal Division left-hander has been added to the squad for his recent performance in 23rd National Cricket League. He scored 630 runs at an average of 60.30.

Fazleplayed two ODIs for Bangladesh against Zimbabwe in 2018 but unfortunately both times he went for a duck.

Earlier, the Bangladesh Cricket Board (BCB) kept Shakib in the squad despite verbally asking for leave for personal reasons. He then applied for the leave in writing. Later, BCB accepted Shakib's official leave application.

The Bangladesh team will leave for New Zealand at 1 am tomorrow for the series which is part of the 2021-2023 cycle of the ICC World Test Championship. The first Test will start from January 1 at Bay Oval in Tauranga while the second match will be held at Hagley Oval in Christchurch from January 9 to 13.