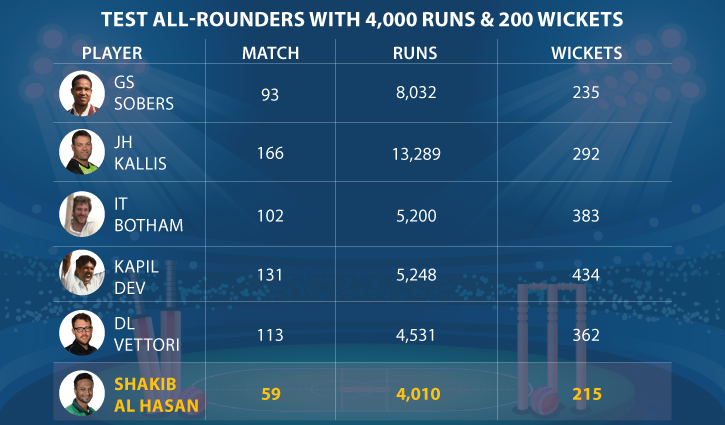 Bangladesh ace all-rounder Shakib Al Hasan created history. He became the sixth cricketer who has scored more than 400 runs and 200 plus wickets.

He took only 59 matches to achieve this milestone. He is the quickest one as well.

Garry Sobers of West Indies, Ian Botham of England, Kapil Dev of India, Jacques Kallis of South Africa and Daniel Vettori of New Zealand are the others who are on this list.