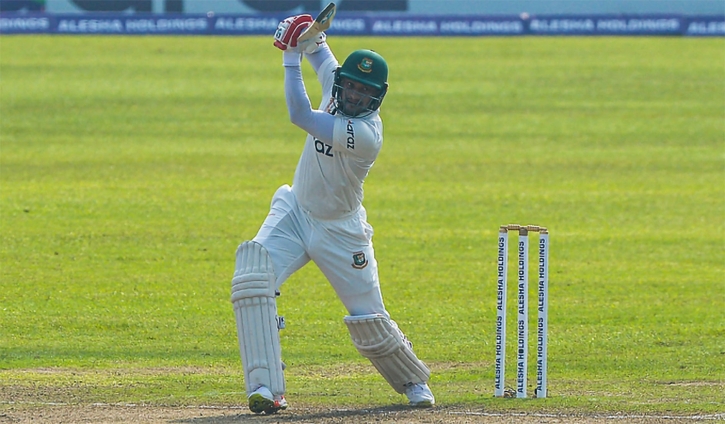 Bangladesh lost Mushfiqur Rahim’s wicket just before the tea break. He was playing well but tried to take an unnecessary single and paid the price. Mushfique was just two runs short from half-century.

But spinner Sajid Khan gave the breakthrough to the visitors as he picked up Liton’s wicket. Liton could have hit the ball anywhere on the ground but hit straight into Fawad Alam’s hand. He scored important 45 runs before leaving the pitch.

Then Shakib Al Hasan came into the middle. Shakib and Mushfique were moving slowly. They were rotating the strike, sometimes hitting boundaries but a risky attempt for a single made the way for Mushfique to the pavilion.

Now Bangladesh have four wickets in hand. There is no chance to win the match, but if the Tigers don’t lose all 10 wickets, they will get some championship points.