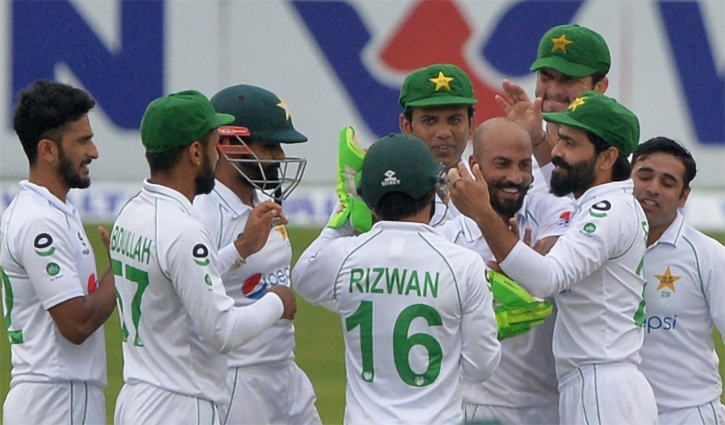 Disappoint batting from Bangladesh. On the other hand, brilliant bowling from Pakistan, especially from spinner Sajid Khan.

Mahmudul Hasan and Mehidy Hasan Miraz went for none. Except for Najmul Hossain Shanto and Shakib Al Hasan, no one couldn’t touch the double-figure run.

Skipper Mominul Haque tried to take an unnecessary single and Hasan Ali’s direct hit to the stumps showed him the way to the pavilion.

Shadman Islam went back after scoring three while Mushfiqur Rahim and Liton Das scored 5 and 6 respectively.

Earlier, the visitors declared their first innings after touching the 300 mark. In reply, the Tigers managed to collect 76 runs after losing seven wickets. they continuously lost their wickets in the break.

Day four of the Dhaka Test was a disaster for Bangladesh. On day five their first duty would be adding 25 runs to avoid the follow-on.

Experienced Shakib Al Hasan and Taijul Isalm will resume Bangladesh's first innings tomorrow. Shakib is on 23 and Taijul with zero.