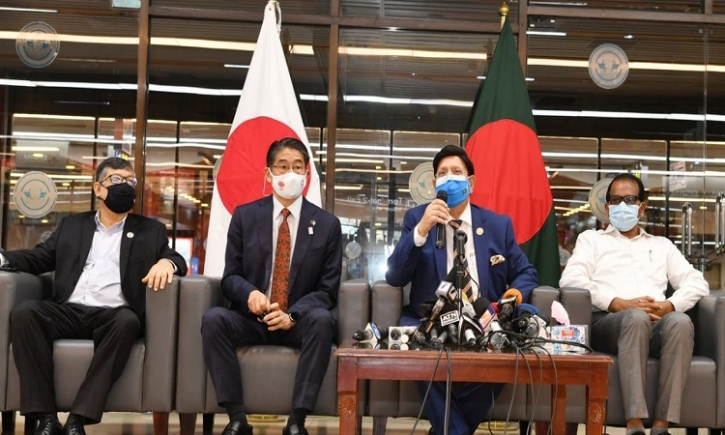 The first consignment of 2,45,200 doses of AstraZeneca vaccine arrived in Bangladesh on Saturday from Japan.

A cargo flight of Cathay Pacific Airways with the vaccine landed at Hazrat Shahjalal International Airport this afternoon.

Minister Momen, after receiving the vaccine at the airport, told reporters that there will be no crisis of vaccine in the country from now as 28 more lakh of jabs will arrive by next month.

Japanese Ambassador to Bangladesh Naoki Ito on Friday said Japan would provide a total of 3 million doses of AstraZeneca vaccine to Bangladesh. “This is the manifestation of friendship and partnership,” he said.

He specifically mentioned the urgency of the AstraZeneca vaccine doses as a good number of people in Bangladesh did not get the second dose of AstraZeneca due to a supply gap.

Japan says it will stand by Bangladesh in the fight against Covid-19.

Earlier, Japanese Foreign Minister Toshimitsu Motegi made an announcement that 15 countries in the region will be provided with 11 million doses in total under the COVAX facility.