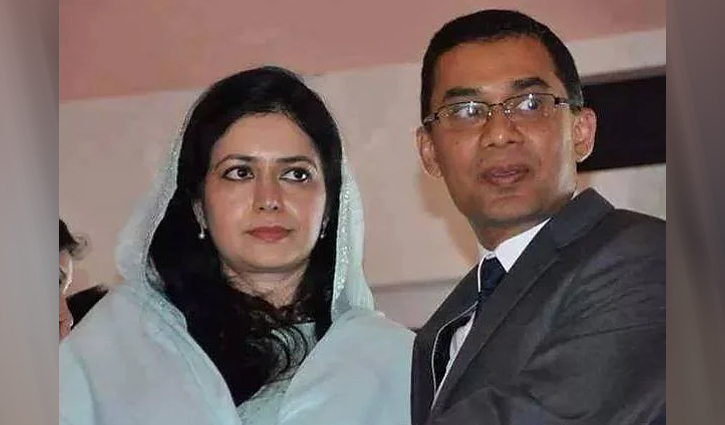 The High Court (HC) on Sunday declared BNP Acting Chairman Tarique Rahman, who is now in London, and his wife Zubaida Rahman, as ‘fugitives’ in the eyes of law.

A HC bench comprising Justice Nazrul Islam Talukder and Justice Kazi Md Ejarul Haque Akondo came up with the orders after rejecting three separate writ petitions filed by Tarique and Zubaida with the HC 15 years ago.

It also asked the chief metropolitan magistrate of Dhaka to send the record of the case to the Metropolitan Sessions Judge’s Court in Dhaka in 10 days.

Tarique and his wife filed writ petitions challenging the legality of the case filed by the Anti-Corruption Commission (ACC) against them for amassing illegal wealth and concealing information in their wealth statements at about Tk 4.82 crore.

The HC bench issued separate rules responding to their petitions at that time. Recently, the HC bench started final hearing on the rules issued by it 15 years ago.

On May 29 this year, during the hearing on the rules, ACC lawyer Advocate Khurshid Alam Khan raised questions on whether the lawyer could move before the HC on behalf of the fugitive Tarique Rahman and his wife.

The HC bench held a hearing on ACC lawyer’s question on whether they are fugitives and whether they could appoint a lawyer to fight for them. It held hearings on the issue for several days and fixed June 26 for delivering its order in this regard.

After receiving the judgement, the HC bench directed the lawyers concerned not to file any petition on behalf of the fugitive accused.

On September 26, 2007, the ACC filed the case with Kafrul Police Station against Tarique Rahman, his wife Dr Zubaida Rahman, and her mother Iqbal Mand Banu for amassing assets worth Tk 4.82 crore through illegal means and concealing information in their wealth statement.