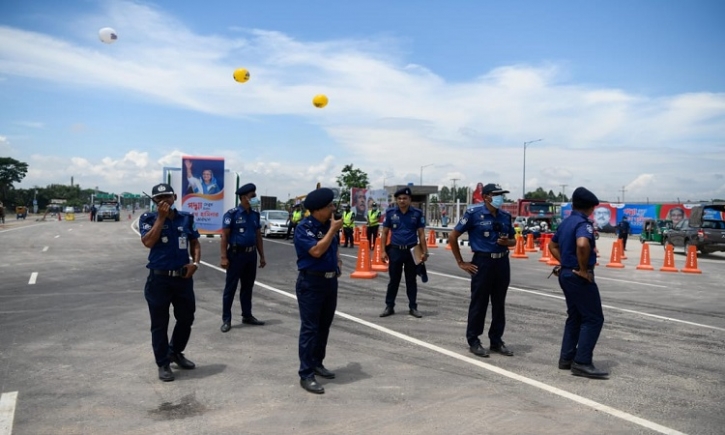 Inspector General of Police (IGP) Benazir Ahmed has said that all kinds of security measures have been taken in order to make the public meetings, attended by Prime Minister Sheikh Hasina, successful on the occasion of the Padma Bridge opening programme tomorrow.

“Officials from different government agencies including SSF, DGFI, NSI, district police, highway police and river police are now being deployed here to ensure the security arrangements,” the IGP said this while talking to reporters after visiting the meeting place at Banglabazar Ghat of Shibchar under Madaripur district on Friday afternoon.

Steps have been taken so that people can return to their homes safely after attending the public meeting, he added.

Replying to a query Benazir said, “We are collecting update information for every moment... Security arrangements have been strengthened not only at the meeting place but also across the country.”

“The members of all forces are ready to face all kinds of situations,” he said.