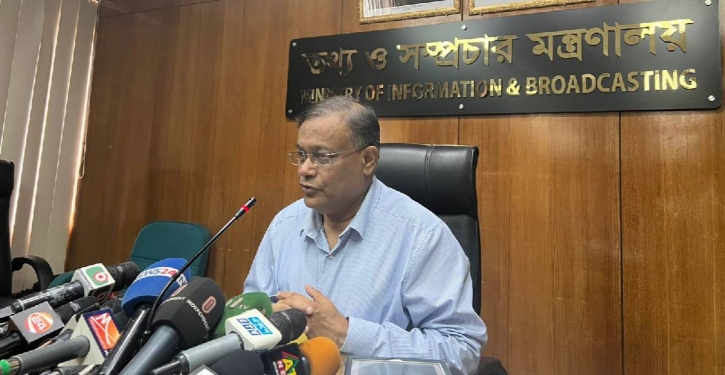 Information and Broadcasting Minister Dr Hasan Mahmud has said all the achievements of the Bengali nation came under the Awami League (AL) during its 73 years of journey.

Bangladesh had achieved independence under the leadership of the AL and the greatest Bengali of all times Father of the Nation Bangabandhu Sheikh Mujibur Rahman, said the minister.

He told this while talking to reporters after paying rich tributes to Bangabandhu by placing a wreath at the portrait of the Father of the Nation at Dhanmondi-32 in the capital on Thursday morning on the 73rd founding anniversary of AL.

He also said that another big achievement is to construct Padma Bridge under the leadership of AL and Prime Minister Sheikh Hasina by showing thumbs to the world conspirators.

He said the anti-liberation forces are still active and BNP is patronising them. The BNP is doing politics with Jamaat Islami till now and they are busy in plotting conspiracies, he added.

They (BNP-Jamaat) are hatching conspiracy against the development, progress and the spirit of the liberation war, he said, adding, “But, the country is moving ahead defeating all intrigues under the leadership of Prime Minister Sheikh Hasina”.

Hasan also expressed his firm conviction to turn the country into a developed nation by 2041 under the leadership of AL uprooting all conspiracies.