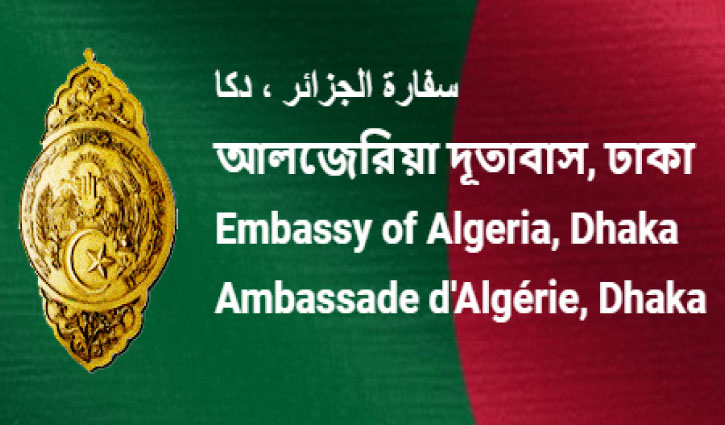 The Embassy of Algeria in Dhaka hosted an online quiz contest on the history of Algeria and its achievements early this week.

The embassy arranged the quiz event marking the celebration of the 60th anniversary of the Independence of Algeria, said a statement from the Algeria Embassy in Dhaka.

Some 26 high schools, 34 colleges, and 27 universities took part in the quiz contest.

Prizes will be awarded to the winners of each level of education on July 5 when Algeria will host a reception party to mark the 60th anniversary of its Independence.

Regarding candidates with the same score, the Ambassador intends to draw a lottery in order to decide between them in complete transparency.