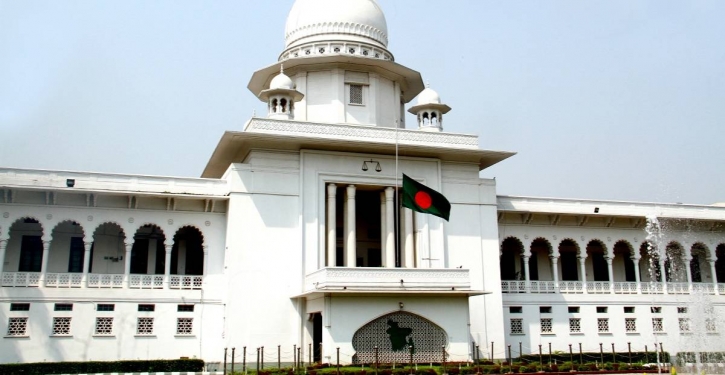 In an order, the High Court on Wednesday revived a case filed by the Anti-Corruption Commission (ACC) against Mizanur Rahman and Sukmal Chakma, former authorised officers of RAJUK, for forging signatures in the design approval of a 19-storey commercial building on Kamal Atartuk Avenue in capital’s Banani.

Earlier, the ACC acquitted Sukmal Chakma of the charges while Mizanur Rahman got an acquittal order from the lower court through trial proceedings.

The ACC moved with the High Court against Mizanur Rahman’s acquittal order. The HC had earlier issued a rule and after final hearing made the rule absolute on Wednesday.

In its order, the HC bench ordered the two officials to surrender to the judicial court within a month.

At the same time, a HC bench directed the judicial court concerned to dispose of the case within a year of receiving the order.

According to the case statement, on October 16 in 2016, ACC Deputy Director SM Rafiqul Islam filed a case for forging signatures in the design approval of the Banani’s 19-storey commercial building.

It is alleged in the case that the designation process of the 19-storey commercial building with four basements at 35, 37, Kamal Atartuk Avenue, Banani was approved through forging signatures of the chairman and members of the approval committee. The two officials committed the punishable offence under sections 420, 467 and 468 of the Penal Code and Section 5 (2) of the Prevention of Corruption Act, 1947.

After the investigation, the ACC Deputy Director Jahangir Hossain acquitted the accused Sukmal Chakma and filed a charge sheet against the other accused Mizanur Rahman in 2019.

The ACC filed a revision in the High Court in 2020 against lower court order. After hearing on the ACC appeal, the HC issued an order asking the government to explain why the lower court order acquitting Mizanur Rahman should not be declared illegal.

At the same time, the High Court issued another rule asking the government to explain why the charge sheet submitted by the ACC acquitting Sukmal Chakma should not be declared illegal.

After final hearing on the rules, the HC bench on Wednesday made it absolute and directed the two officials to surrender before the lower court concerned within one month and the lower court has been asked to complete the trial proceedings within a year.