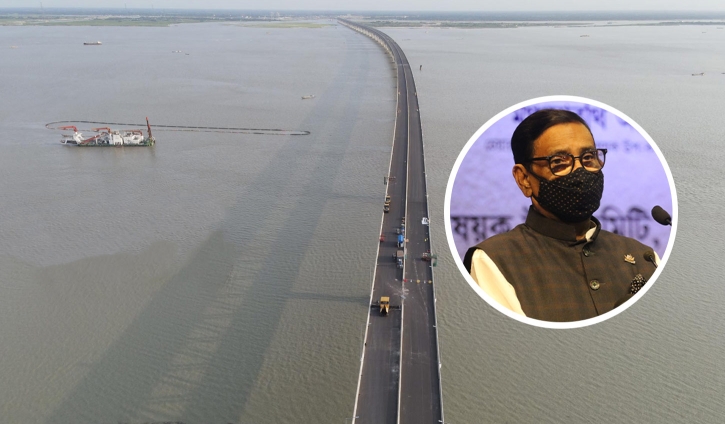 BNP is conspiring to create a volatile situation in the country as well as in Dhaka University (DU) ahead of the Padma Bridge inauguration, Awami League General Secretary Obaidul Quader blamed on Friday.

While addressing a press conference at his official residence in Dhaka this noon, Quader, also the road transport and bridges minister, came up with the allegation referring to the recent clashes that took place between the activists of Bangladesh Chhatra League (BCL) and Jatiyatabadi Chhatra Dal (JCD) on the DU campus.

Earlier on Wednesday, Quader at a programme said the hearts of the BNP leaders are getting broken as the much-awaited Padma Bridge is set to be opened to traffic next month.

In response to the remarks, BNP Secretary General Mirza Fakhrul Islam Alamgir on Thursday said their party is feeling heart-broken not for the construction of the Padma Bridge, but for the massive plundering of money of the project.

“It is nothing but a new discovery of Mirza Fakhrul’s brain,” Quader said, adding that the BNP leaders have got crazy witnessing the progress of some mega development projects including Padma Bridge, Metrorail and Bangabandhu Sheikh Mujibur Rahman Tunnel.

“The leaders and activists of BNP have been suffering from political hallucination and thus, they are engaged in making imaginary remarks over corruption in the construction work of Padma Bridge,” he said.

He also asked Fakhrul to prove the allegation unless he will have to make apology to the nation for such falsehood.