Bangladesh may hire lobbyists to boost image in US: Momen 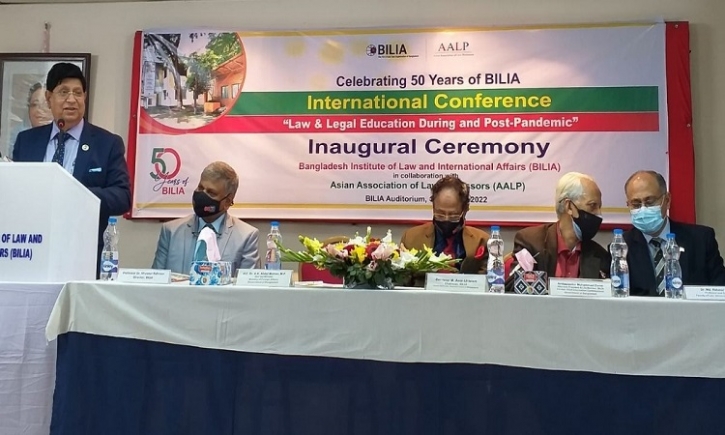 Bangladesh will not shy away from hiring lobbyists in the US to represent its interest in Washington and beyond, Foreign Minister AK Abdul Momen said on Friday.

"In our country, we call it 'Todbir' (lobbying). We’ll lobby wherever it’s needed. We’ll see how we can work it out within the legal framework,” he told reporters on the sidelines of a function in the city.

Asserting that engaging a lobbyist abroad is completely legal, Momen said, "Everyone has the right to engage a lobbyist, there is nothing (illegal) about it."

Asked about the BNP reportedly engaging lobbyists in America in 2018, the Minister said that "it's their headache, not mine".

Responding to a poser, Momen said that Bangladesh and the US are both democratic countries, "but there are many setbacks to the democratic system".

“No democracy is perfect. There're gaps in each democracy. It's a continuous process. If we've any shortcomings or weaknesses, we'll definitely try to fix them," he said.

Referring to America as a very mature nation, Momen said that though there're sanctions on the Rapid Action Battalion, the US State Department says that the RAB has "reduced terrorism in the past few years". "It's their independent study," he said.

Earlier in the day, the Foreign Minister inaugurated the international conference on 'Law & Legal Education During and Post-Pandemic' at BILIA Auditorium in the city.

Celebrating 50 Years of BILIA (Bangladesh Institute of Law and International Affairs), the conference was jointly organised by the Institute and the Asian Association of Law Professors (AALP).