Bodies of US, South African nationals at DMCH mortuary for years 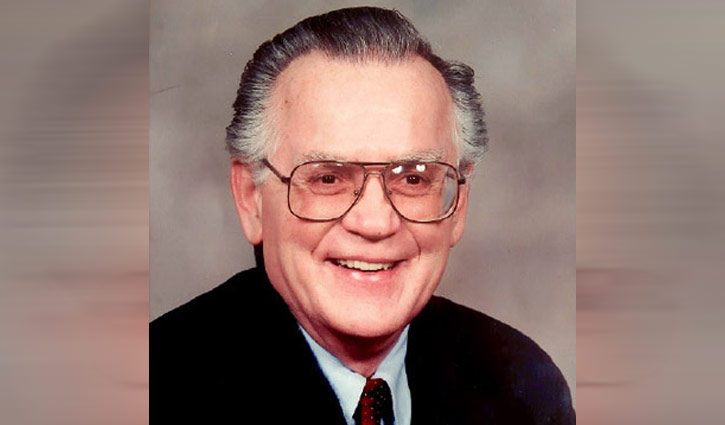 Unclaimed, bodies of two international citizens have been kept in the mortuary of Dhaka Medical College and Hospital for years!

Had they died in their own societies; they could have been cared for by their relatives for a funeral service or burial rituals or cremations.

Legal complications have made their eternal journey difficult.

We are telling you here two separate stories---a US citizen and a South African citizen who died in Bangladesh.

Robert Myron Barker, a development activist from the USA, arrived in Bangladesh long ago. He also settled in the country after marrying a local woman. Robert, however, had another wife and children in the USA.

But the whereabouts of those family members could not be known yet. The dead body of Robert has been kept at the Dhaka Medical College and Hospital mortuary for the past couple of years.

Unfortunately, there were no initiatives to bury or cremate the corpse. Even none from the USA is claiming the mortal remains amid some legal complications.

The DMCH authorities are also in trouble over the issue.

Sekandar Ali, morgue in-charge at the DMCH told the Business Insider Bangladesh that the morgue fridge can accommodate 12 dead bodies.

“However, the dead bodies of two foreign nationals are in the freezers. Nobody enquires about them,” he said.

Ali said they often have to face troubles in preserving the bodies if the numbers of corpses go up.

Who is this Robert Myron Barker?

According to the forensic department report, Robert Myron Barker, a US citizen, was 78-year-old when he died. His dead body has been stored for over two-and-a-half years at the morgue.

The passport of the deceased reveals that he was a resident of Indiana State of the USA.

Majeda Khatun, a resident of the Dakshinkhan area of the capital claimed that she was married to Robert. Majeda is an employee of a private hospital in Uttara.

Majeda said she met Robert at the hospital where she works. Robert, a US citizen, was admitted to the hospital after falling sick. Later, both of them fell in love with each other and got married.

Majeda claimed that she and Robert got married on April 1 in 2014 following the Christian wedding rituals at a Church in Badda in the capital.

It was her second marriage. After the marriage with Robert, they started living at Dakshinkhan

According to Majeda, Robert got admitted at the hospital on May 15 in 2018, and died during his ongoing treatment.

Later, Majeda converted back to her religion, Islam.

However, the body of Robert is still in the morgue of DMC. The US embassy in Dhaka or the authorities from Bangladesh did not come forward for the burial of this foreign national.

Another family in the US

Majeda Khatun said Robert had another family in the US. The family consisted of his wife, three sons and a daughter. Even so, he had maintained communication with his ex-family members.

Although none from the USA communicated with the hospital authorities, the story ramified locally. A woman, Majeda Khatun who was married to the man said that she tried to send back the corpse to the USA and visited the US embassy in Dhaka. But she failed.

Where is the problem?

Robert was a US citizen, there are some legal complications over his burial. Majeda Khautn experienced some difficulties as she approached the US embassy for burial clearance. She also was unable to take permission from the government of Bangladesh to bury a US citizen. Not to mention here that she struggled a lot to pay hospital bills.

Amid such a situation, police sent the body to the DMCH morgue after performing an autopsy. And since then, the body has been in the mortuary.

A general diary was also filed with the Dakshinkhan police station to fly back the body to the USA.

Thiesiea Ckwest, a South African lady, arrived in Bangladesh after falling in love with a Bangladeshi citizen. After converting to Muslim, she got a new name – Tisha Zaman.

Her dead body was brought to the DMCH mortuary on February 24 in 2016. Since then, the corpse has been there.

DMCH morgue in-charge Sekandar Ali told the Business Insider Bangladesh that nobody arrived so far to claim the mortal remains of the South African woman.

What happened to her?

Thiesiea Ckwest met Hasanuzzaman Ripon, hailing from Chauddagram of Cumilla, when he was in South Africa. Ripon flew to South Africa in search of a living and fell in love with her.

After his return to Bangladesh, Thiesiea Ckwest, alias Tisha Zaman, arrived in the country in December of 2015, and later they got married.

the family of Ripon had objected to the marriage which created wounds in their relationships.

At that time, she wanted to return to South Africa with her husband Ripon. But Ripon turned down the proposal as he was reluctant to leave his parents.

Amid such a feud, Tisha Zaman committed suicide on February 24 in 2016.

At first, the dead body was taken to Cumilla Medical College and Hospital, and then it was sent to the DMCH for forensic tests and preservation.

Court is the last resort

Because of the legal complications, the burials of the two foreign nationals are getting delayed, and the DMCH authorities are also suffering financial losses.

The DMCH authorities said they are waiting for legal solutions to the stalemate. They hope for a speedy resolution so that these mortal remains can begin their eternal journey.