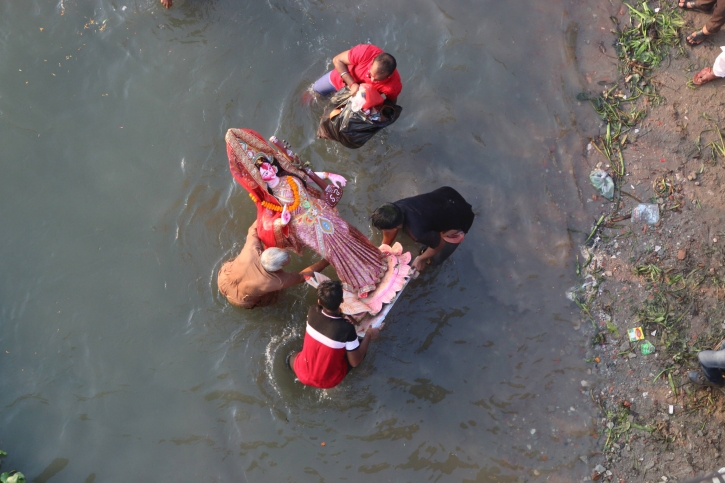 The immersion of idols in Chattogram resumed after a four-hour suspension following an attack on JM Sen Hall Puja mandap on Friday.

Confirming the information, Ashish Kumar Bhattacharya, president of the Chattogram Metropolitan Puja Celebration Committee, told UNB that they have withdrawn their earlier decision to suspend the immersion upon assurance of safety from the high-ups of the local administration.

However, they added that they are yet to backtrack from their decision on hartal that was announced in protest over the attack.

Besides, supporters of the hartal staged sit-in protests on various intersections of the city till Friday evening.

All hell broke loose after Jumma prayers on Friday when demonstrators marched into the Andarkilla temple and vandalised it in the presence of the law enforcers, Ashish claimed .

However, according to law enforcers, police quickly brought the situation under control following a clash with demonstrators, which left several people injured including cops.

When contacted about the latest development, senior police officials declined to comment on record.

Kotwali police officer in charge (OC) Nezam Uddin said,” There is a lot going on right now. I’ll talk to you later.”

Similarly, CMP Deputy Commissioner (South) Vijay Basak, who was in charge in the area declined to comment too.