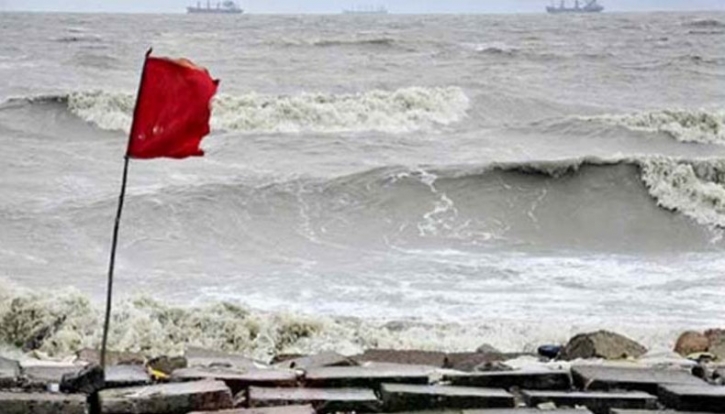 Light to moderate rain or thunder showers accompanied by temporary gusty wind is likely at many places in the country as the deep depression over East Central Bay and adjoining Northeast Bay intensified into cyclonic storm 'Gulab'.

"Light to moderate rain or thunder showers accompanied by temporary gusty wind is likely to occur one or two places over Dhaka, Rajshahi, Mymensingh, Khulna, Barishal, Chattogram and Sylhet divisions with moderately heavy falls at isolated places over southern part of the country," it added

It is likely to move West-Northwestards further. The axis of monsoon trough runs through Rajsthan, Madhya Pradesh, Odisha, Centre of the Cyclone to Assam across Bangladesh.

Monsoon is less active over Bangladesh and moderate over the North Bay.

Day and night temperature may remain nearly unchanged over the country.

Earlier, the maritime ports of the country have been advised to hoist distant warning signal number two.

It is likely to move in a West-Northwesterly direction further.

Maximum sustained wind speed within 54 kms of the cyclone centre is about 62 KPH rising to 88 kph in gusts or squalls.

Sea will remain very rough near the cyclone centre.

All fishing boats and trawlers over north Bay and deep sea have been advised to remain close to the coast and proceed with caution.

They are also advised not to venture into the deep sea.