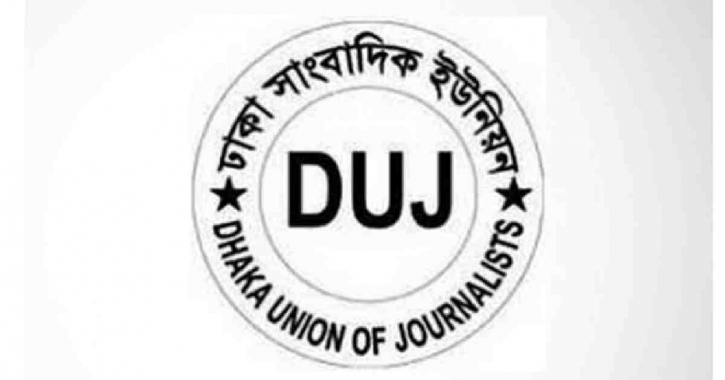 This concern was expressed at a meeting of the Executive Council of the DUJ on Friday afternoon.

“DUJ thinks it is unprecedented and ill motivated to summon bank accounts of the elected top leaders of a particular profession,” read a press release.

“This has created a scary atmosphere in the entire journalistic community and this incident is a threat to independent journalism,” observed the meeting.

DUJ has decided to exchange views with former and current journalist leaders next Sunday afternoon over the matter.

Speaking at the annual general meeting (AGM) of a faction of Dhaka Union of Journalists (DUJ), the minister also said the government is trying to bring discipline in the mass media by removing various problems.

Dr Hasan said he tried to look into the matter after seeing a report in the newspaper on seeking bank account details of 11 journalist leaders by the BFIU.