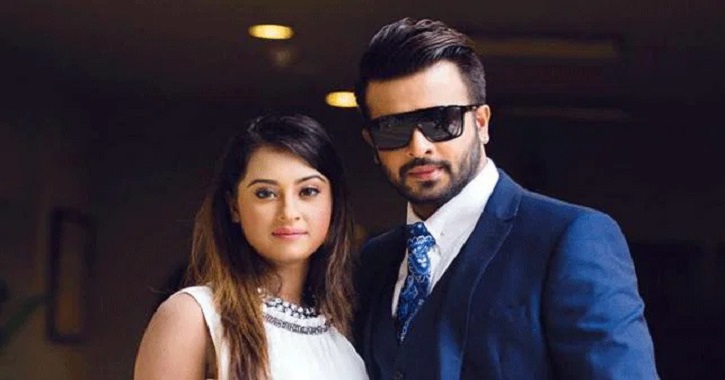 Shakib Khan and Shabnom Bubly were seen shooting for one of the songs for the upcoming movie, "Leader – Ami Bangladesh" on Saturday.

Some parts of a song in the movie was incomplete even though the film has already been completed.

They were shooting at a five-star hotel in Dhakat at around 8 am.