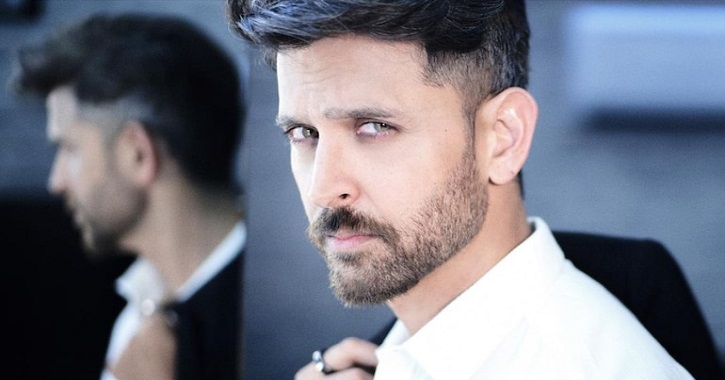 Hrithik Roshan is one of the actors who is rumoured to play the role, reports Hindustan Times.

The actor has now himself teased that he might appear in the second part of the fantasy trilogy by Ayan Mukerji.

Brahmastra Part 1 starred Ranbir Kapoor as protagonist Shiva and Alia Bhatt as his love interest Isha. Ayan had teased about Brahmastra Part 2 that it will switch between the past and the present with its focus on the antagonist Dev. Though Hrithik did not confirm that he is playing Dev, he teased that he might be involved with the project in some form.

In a recent conversation with PTI, Hrithik Roshan was asked about his rumoured casting in Brahmastra as well as Nitesh Tiwari's film Ramayana. Giving a cryptic response, the actor said, "What is happening? Nothing is happening. Next Fighter will start and then there is potential for others to be made, (including) the ones you spoke of. Fingers crossed."

Fighter, which will star Hrithik opposite Deepika Padukone, is billed as India's first aerial action franchise. Also featuring Anil Kapoor, the film will reunite Hrithik with War director Siddharth Anand. The actor is currently preparing for the release of his next film Vikram Vedha, which is scheduled to hit theatres on September 30. Directed by Pushkar and Gayatri, the action crime thriller is based on the Indian folktale Vikram aur Betaal and remake of the director duo's 2017 Tamil film of the same name.

Meanwhile, Ayan Mukerji has said he is planning to release Brahmastra Part 2 in 2025. Apart from Ranbir and Alia, the first part also featured Mouni Roy, apart from extended cameos by Amitabh Bachchan, Nagarjuna, Shah Rukh Khan and special appearances by Deepika Padukone and Dimple Kapadia. It released in theatres on September 9.