Consultant being appointed for rubber dam project in Mahananda 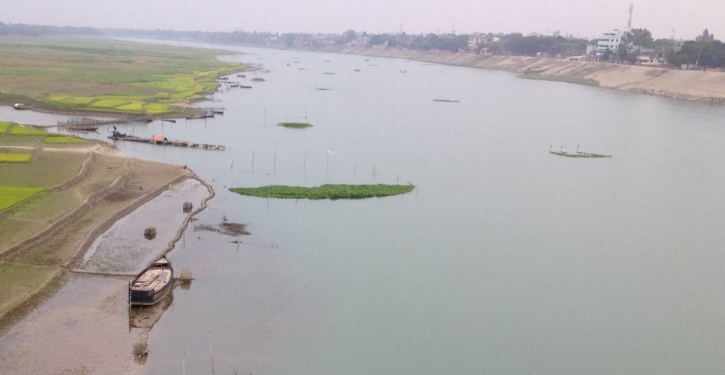 A view of the Mahananda River. Photo: Collected

A joint venture firm BIC-SSRIJV is likely to get appointed as consultant for constructing a rubber dam across the Mahananda River in Chapainawabganj district, according to a Ministry of Water Resources proposal.

The proposal will be placed before the cabinet committee on public purchase on Thursday. Finance Minister AHM Mostafa Kamal will preside over the meeting.

An official of the water resources ministry said two local joint-venture firms submitted tender documents to the ministry and that the tender of BIC-SSRIJV looked promising.

The rubber dam project was revised this year for the first time, the official also said.

According to the proposal, the government will provide Tk 150.33 crore to the consultant for materialising the project. In 2017, Bangladesh Water Development Board (BWDB) conceived the scheme of constructing a rubber dam across the Mahananda River in Chapainawabganj district, to hold more water during the lean season.

As the project is executed, the river will be able to retain more water and that over 7,500 hectares of land could be brought under irrigation.

The BWDB has also finalised a design for the scheme. A total of Tk 159.97 crore would be spent for the project.

Mahananda River scheme was approved in the ECNEC meeting in January.